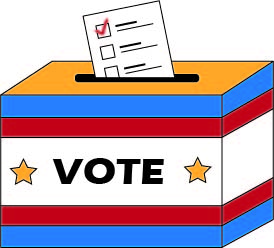 The student body will elect one president and four vice presidents in this year’s Student Government Association election.

Voting will be available through The Nest website from April 25-29.

SGA President Ben Nussbaumer encouraged the candidates to campaign by interacting with the student body.

“Go to events, talk to people [and] hang out … wherever people are,” Nussbaumer said.

Nussbaumer added the SGA will set up tables in “high-traffic” areas on campus such as the Health and Life Sciences Building, Careers Center, and the Student Union Building to promote voting.

The tables will have stations with computers that students can use to vote.

Two of Billovits-Hayes’s goals are to bring back child care for student parents and to make events on campus accessible to more students.

Park said two of her top goals are to improve the number and quality of student clubs and overall student engagement through outreach.

Four candidates are running for vice president positions this year.

No candidates have signed up to run for the vice president of outreach and engagement.

The SGA will announce the election results on May 2.