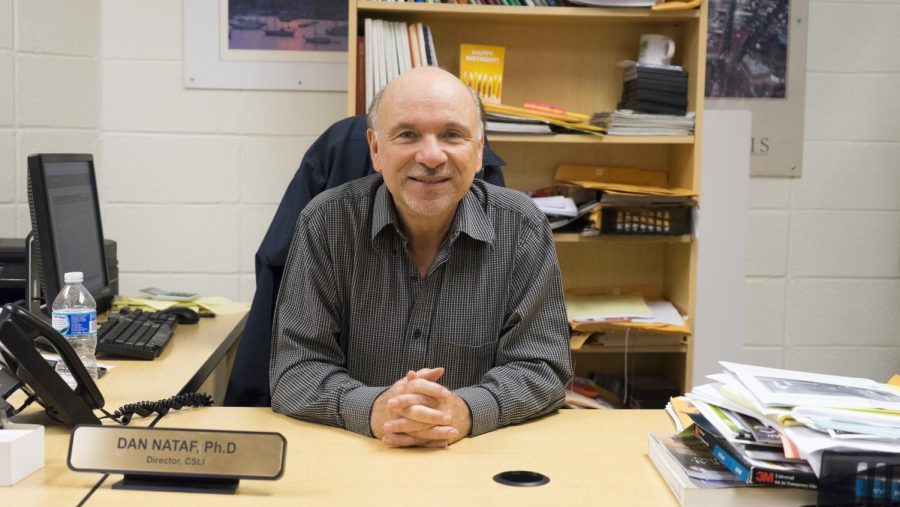 Political science professor Dan Nataf says half of the 448 county residents who answered the poll said the pandemic is one of “the most important problems faced by residents.”

They also named the economy and racism among their top concerns, according to the twice-a-year survey, conducted by political science professor Dan Nataf and his students.

“I think all three of these areas are important,” Nataf said. “You know, when we have elections, it’s civic life that comes to play. We give that some extra thought since it’s an election year. Through the summer, we were besieged with Black Lives Matter and George Floyd issues, and that was mobilizing. That was very important. And then coronavirus is cross-cutting. It’s a potential issue for everybody.”

Half of the 448 county residents who answered the poll said the pandemic is one of “the most important problems faced by residents,” Nataf said.

Nearly half of respondents ages 40 to 49 said they have suffered from COVID-19, and 88% said a family member, friend or acquaintance has. Plus, 39% said they consider themselves to be at “high risk” of serious medical complications if they catch it.

Residents who participated in the online poll from Oct. 9-16 said the economy is their second-greatest concern, with 24% calling it one of the “most important problems [they] face.” About 55% of respondents said the economy is “excellent” or “good, compared with 70% who took the survey last fall. The survey also showed increased economic difficulties among respondents with incomes of less than $75,000.

About 6% of respondents named racism as their greatest concern, up from 0% in spring 2020. And 68% called the Black Lives Matter protests “completely” or “mostly” justified, while 43% of them predicted the protests would produce “real change.”

Democrats were more likely than Republicans to deem racism as a “big problem,” according to the survey.

71% of Democrats said they are concerned about racism, compared with  7% of Republicans.

But Republicans who answered the survey are more optimistic about the quick release of a COVID-19 vaccine, with 33% predicting one would be available within six months. Just 4% of Democrats agreed.

The poll also revealed that 49% of residents planned to vote for Democrat Joe Biden for president, while 40% said they would vote to re-elect President Donald Trump.

Among their comments: “All choices are bad”; “Biden has mental issues”; and “I will never vote for another Republican the rest of my life.”

“I think when you give people the opportunity to explain themselves, they read it as an opportunity to vent,” Nataf said.  “And so I think we got a lot of venting. And you know, we live in extraordinary times, and in unusually polarized times.”

53% of Trump voters said they hope he will “shake up the status quo,” compared with 19% of Biden supporters. 75% of Biden voters reported they expect their candidate to “work across party lines,” compared with 38% of those who said they favor Trump .

“What you’re seeing is really this kind of division between those who are essentially comfortable with the institutions and want to pragmatically solve problems, and others that are just … on the boiling point,” Nataf said.

Nataf said regular polling “allows us to filter away the loud voices from the many voices.”

This semester’s poll was the first one that Nataf and his team have conducted online. For prior surveys, students contacted participants via telephone.

“The fact that this survey was done entirely online made it possible for me to ask more questions and have a longer survey,” Nataf said. “I was able to get a lot more information from people than otherwise would have been the case.”