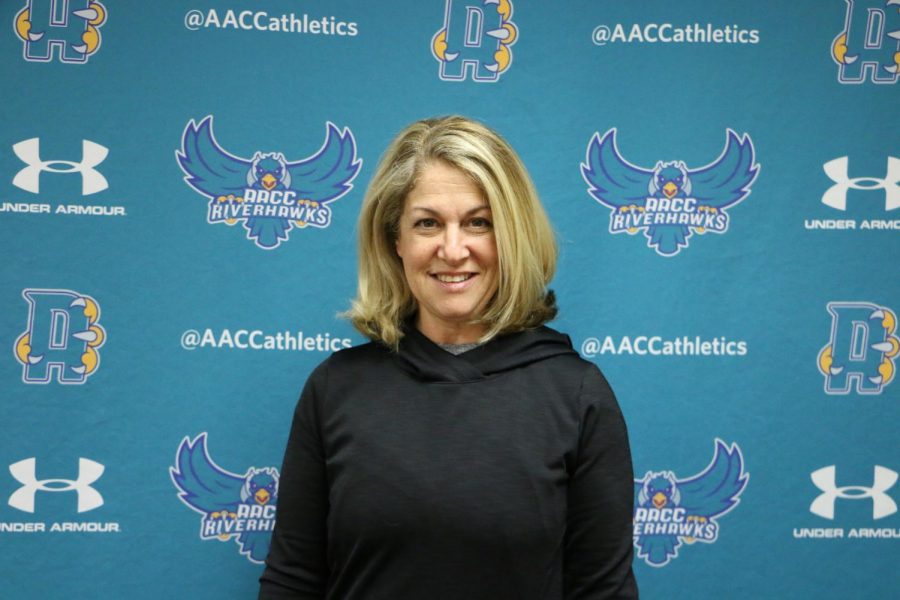 Susan Noble, who started her job over the summer, has been a running coach and a personal trainer for 15 years and coached cross-country and track at Severna Park High School and St. Mary’s High School.

“I loved cross-country,” she said. “If I had to choose between coaching cross country or coaching track, I would always pick cross-country.”

cross-country will compete in the fall, college officials decided AACC student athletes will not participate because of coronavirus.

“I wish we could have informal practices to relieve stress,” she said. “But the rigidity of additional time constraints [of practices] is not something most athletes need. Spring sports should be easier to execute since athletes are used to the online class demands.”

Students athletics can still train on their own for the fall, Noble said.

“Hope is not lost,” she explained. “You can still do things to keep yourself in shape. It doesn’t have to be a hardcore training season, but getting out there a few days a week … helps your mental [health] … [ and it] just gives you some other thing to think about other than, ‘I can’t believe I’m still sitting in my house.’”

“I think girls need female role models,” she explained. “Girls are different than boys. They have different issues.”

“It’s important to be able to address to a female runner, ‘What’s happening to your body is normal,’” she explained.

Keith Bigelow, who coached both men and women’s cross-country in fall 2019, agreed it’s better that the women’s team has a female coach.

“When you’re running the whole gambit of your slowest female runner and your fastest male runner there’s a large difference in their pace,” he explained. “When we go out on … a five [to] six-mile run, it’s hard to be with both” teams.

But “with everything that happened, we were just a little bit late in announcing that addition,” he explained.

Noble said she is looking at recruiting in the winter and spring semesters next year.

“Hopefully there are [high school] cross-country and track meets I will be able to attend,” she said. “I keep in touch with the local high school coaches so I’m am hopeful they [can] connect me with their athletes.”

Noble said some of her favorite cross-country moments involved watching runners finish races even though they thought the sport was not for them.

“I have stood at more finish lines crying, ‘Oh my gosh, look at that, she just blew it out of the water,’” Noble explained. “A lot of the running in all sports is mental. You have to believe that you can do it that day.”