Campus may not fully reopen until fall 2021 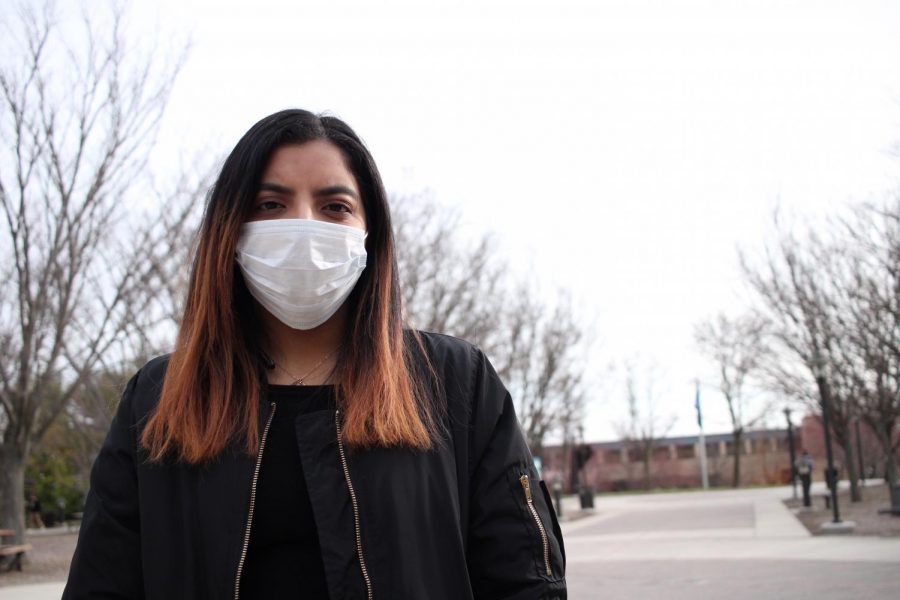 The majority of classes at AACC are likely to be online until the fall 2021 semester, the college announced over the summer.

All fall 2020 classes will be online except for a handful of nursing and other health science courses, and a few culinary and studio arts classes with hands-on labs that faculty cannot replicate virtually.

Even if the national health crisis subsides before the end of this fall semester, all other classes will remain online, Vice President for Learning Mike Gavin told Campus Current.

If the crisis worsens, however, the approximately 430 students taking on-campus classes students might have to finish the semester online, he said.

“I don’t want students having to pivot in the middle of another semester,” Gavin said. “And that was the value system we took. …Students’ lives can’t be disrupted in the way they were disrupted in spring.”

After spring break, all AACC courses were online rather in the classroom as a precaution against the coronavirus. Students who had enrolled in face-to-face classes at the beginning of the semester had to finish their courses online.

Gavin said the college has outlined a five-stage plan for fully reopening the campus. Administrators are scheduling the spring 2021 semester as if most classes will still be online.

During Stage 1, a limited number of  health sciences and Police Academy students came to campus over the summer for classes that had a required hands-on component.

In Stage 2, some additional hands-on classes in culinary, studio and performing arts may be held on campus. However, dance, theater, music and voice classes will not be allowed on campus this fall because health officials have said those activities easily spread the virus, Gavin said.

“I’ve been saying the last couple weeks we’re in Stage 2-minus or 1-plus [for the fall 2020 semester], because we have cut back on some of the performing arts courses that we had planned to have on campus as research was starting to show” those activities pose a higher risk, Gavin said.

Stage 3 adds to campus up to 50% of high-enrollment courses that have low student success rates, like introductory English, math and economics courses–in a hybrid format. That means students might meet with their professors on campus once a week but do the rest of their learning online.

Gavin said he expects the college to move into Stage 3 by the spring 2021 semester, based on information the college has from state and federal health officials and the orders of the Anne Arundel County executive and the Maryland governor.

The next stage will allow organic chemistry and engineering classes on campus, and faculty will be able to use on-campus labs for live video lessons with their online students. During Stage 5, the college would bring half of hard sciences classes to campus.

Stages 6 and 7 are uncertain.

None of the stages has a specific semester attached to it, Gavin said.

“We have intentionally built those stages to allow for us to expand or retract” if health conditions change, Gavin said.”I think it’s fair to say that we’re anticipating being [mostly] online, at least through spring of 2021.”

Students and faculty who come to campus for classes this fall must wear face masks and keep a distance of six feet between them, Gavin said.

Some students said they prefer to take face-to-face classes, but would not feel safe coming to campus if it were fully open.

“I strongly believe that no one should be going back to school at the moment because the pandemic is still ongoing,” Maddy Monti, a second-year communications student, said. “But it’s definitely harder for people like me who thrive better in a physical classroom environment. … It’s  definitely a shame but it’s not a situation that we can really control, and I think that [the college] is handling it very well.”

Second-year computer science student Icram Doku said she would come to campus if she had no other choice but would not feel safe.

“It just takes one person … to spread it to everyone else,” she said.

Second-year communications student Sarah Eggers, however, said she would rather be on campus.

“I guess if everybody would wear a mask, then … I would be fine going back in the fall semester,” she said, noting that she dropped one of her four classes last semester once the campus went fully online and will take three instead of four this semester.

“I definitely miss being on campus because I definitely learn better when I am in the classroom. I struggled a lot last semester.”