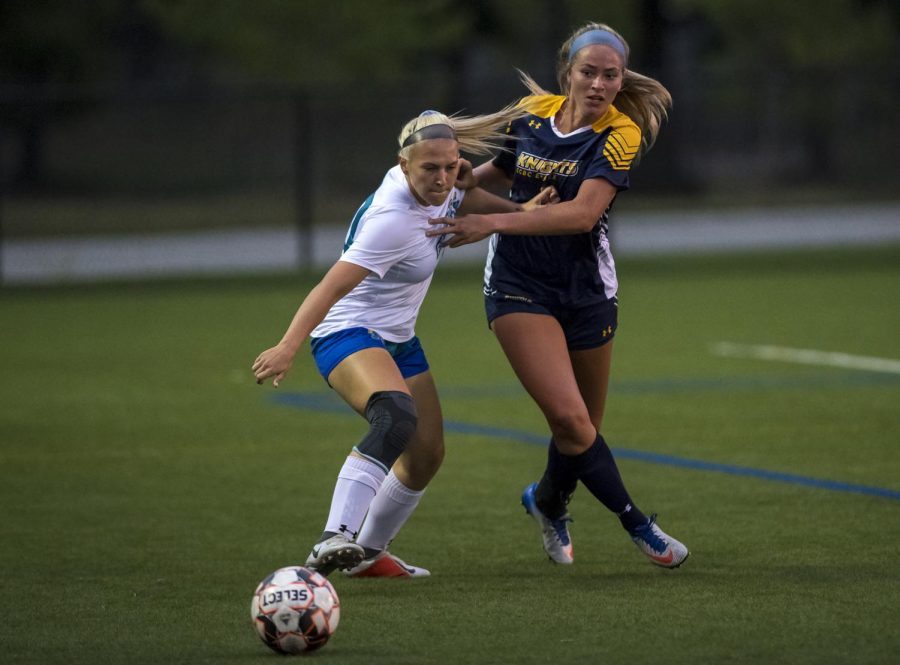 AACC student athletes will not compete in men’s and women’s soccer, cross county or volleyball this fall.

The college made the decision after the National Junior College Athletic Association canceled its fall season–except for cross country and women’s tennis–in response to the pandemic.

But college officials said because of health concerns, AACC students will not participate in cross-country in the fall. AACC does not have a tennis team.

“That is a tentative decision,” Herr said. The “safety and wellbeing of our student athletes is at the forefront of our decision making.”

Because AACC Cross Country will miss the opportunity to compete this year, “we may potentially look at some spring opportunities for running,” Herr said. “That would be a little bit more of a club type of participation … not a championship sport.”

Although AACC will not compete this fall, Herr said coaches are still recruiting athletes.

“If we get the green light to go in the spring, we want to make sure that we have rosters and solid student athletes to compete so [coaches are] still making connections [and] they’re still having conversations with [high school] athletes,” Herr explained.

Although delaying fall sports has given teams more time to prepare for spring games, Herr said student athletes will not participate in formal practices this semester.

“We’re trying to get information from our coaches, who are experts, in terms of some skills that student athletes can do on their own at home or at a park under the [social distancing] requirements,” he said.

Volleyball head coach Tatiana Cooper said she created a workout program that players can do at home.

Cooper said she has sketched out volleyball plays on paper and shared them with players so they can familiarize themselves with the strategies.

“When we go back into practice, they [will] have those … studied and be ready to go,” she explained.

Cooper said her team keeps her motivated to keep going.

“They’re all very talented so I’m excited and I’m motivated to … work with the new players,” she said.

“I’ve been playing volleyball in the fall for as long as I can remember,” Johnson, a second-year radiologic technology student, said. “Having it in a different season is going to kind of throw me off, but I feel like I have longer to prepare myself … [to] be at a place that I want to be in volleyball.”

“I was upset at first [by] just the fact … that I’ve been working so hard over the summer to try and get on track and make myself season-ready and in shape,” Duly, a second-year transfer studies student, said. “But I’d rather have everybody be healthy and … safe to come back and play all together.”