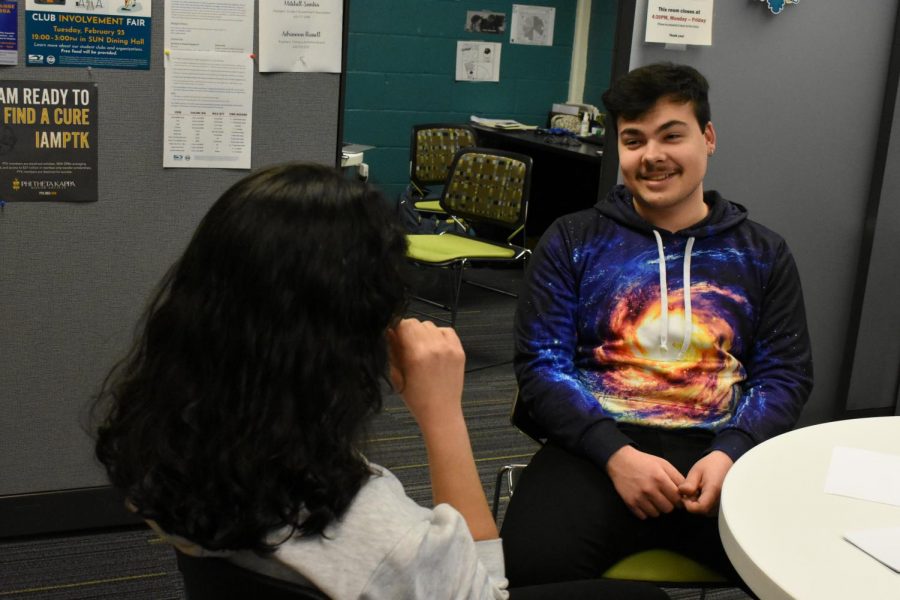 A handful of AACC student clubs have kept active since the campus closed in March, with members holding meetings virtually and working on projects from home.

“We were trying to do online activities together as a group and do some team building and just mitigate some of the stir craziness and not being able to talk to as many people,” Santos, a second-year English and psychology student, said. “So, our VP of events made a separate Discord server for just hosting games and stuff like that.”

Gay-Straight Alliance President Erica Romero said her club has stayed active, although some “members are struggling at home because they’re stuck with unaccepting family members.

“You don’t get to physically be in a place where you’re safe [since the college closed],” Romero, a third-year studio arts student, said. “The school in general was a place where [students] can be away from home, and now everyone’s stuck at home.”

“They play games on Kahoot and they learn about LGBT history through that,” Caskey, an academic literacy professor, said.

“Typically, that is an evening celebration,” Wulbrecht, the assistant director for testing and assessment services, said. “We invite the new members; they’re allowed to bring their family and friends [and] there’s a reception afterwards. So, we really have to sort of reimagine what that looks like … in an online environment.”

Wulbrecht said the club planned to attend an annual PTK convention before it was canceled due to concerns over coronavirus.

Some clubs are working to continue things they had planned before campus shut down.

Amaranth publicity manager Jennifer Arnold said the literary magazine will publish this spring as usual, and club members will mail the publication, which features artistic works from AACC students.

“Anyone who has had submissions accepted, our entire intention is to mail out two copies to each of those people,” Arnold, a seventh-year creative writing student, said. “We’re going to be sharing select pieces [online] as long as … the author or the artist gives us permission.”

Arnold said the club’s officers hope to host a virtual coffeehouse with an open mic. They said they will gauge interest before moving forward with that plan.

“We just have projects lined up like a live … health Q&A,” Santos said.

The SGA had planned to host budget meetings for student clubs and a craft fair on campus prior to its closing.

Dean of Student Engagement Tiffany Boykin said clubs can request funding and graphics through the Nest for any virtual events they’re planning.

“Just because we’re in a mode where we can’t access coming to campus and being in person doesn’t mean that you can’t stay connected,” Boykin said.

The Office of Student Engagement canceled all in-person, AACC-sponsored events and field trips through May 22, the end of the semester.