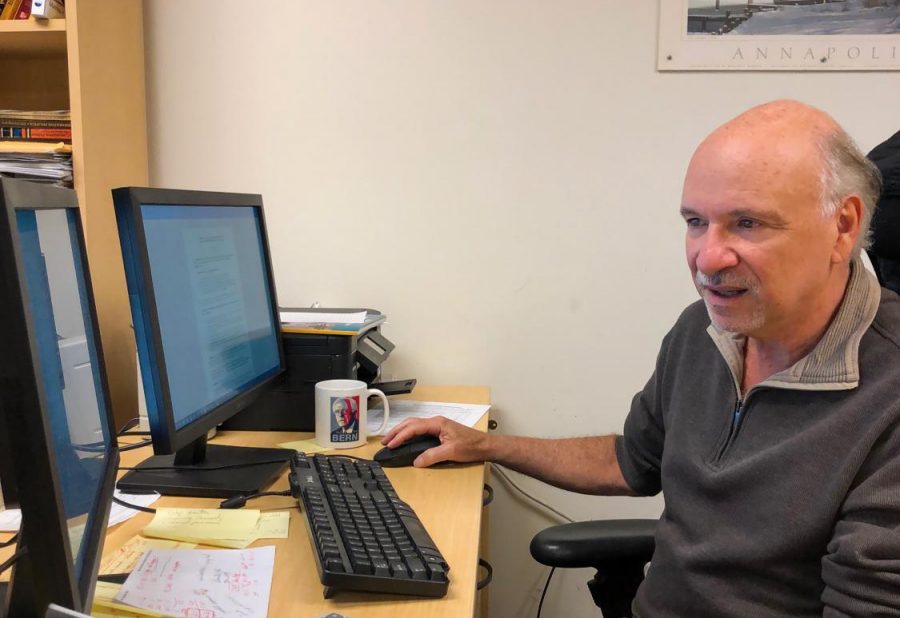 Survey respondents said they're worried about COVID-19, according to Dan Nataf.

69% of Anne Arundel County residents said they are more worried about COVID-19 than anything else, according to a biannual AACC survey of residents.

The survey’s coordinator, political science professor Dan Nataf, said worries about the economy came in at a distant second, at 10%, in the online survey of 358 county residents.

Nataf said residents have traditionally pointed to drugs, taxes, crime, the environment and education when they ranked their concerns for the survey. “This spring, all of these issues were dwarfed by concern with the pandemic,” he said in a press release.

In an interview with Campus Current, Nataf said residents are concerned about the lifestyle changes brought about by working and studying at home, sheltering in place and losing their jobs.

“Given that … you’re stuck at home, you change your lifestyle, you change your work or you maybe lost your job, [and] suddenly you can’t do all the things that you normally would be able to,” Nataf said. “There’s nothing that I can ever imagine that would do so much to change daily life so quickly as the pandemic.”

The March 23 to March 38 survey devoted a section to questions on COVID-19.

Among the community members who answered the survey, approximately 10 were students, Nataf said.

Among the survey’s findings:

While 63% of students said they support the move to online classes, first-year communications student Ally Haslbeck said she’s worried about the switch.

“To transition in the middle of the semester to online, especially with some professors who aren’t used to online classes … there’s going to be a transition period,” Haslbeck said.

First-year liberal arts student Karla Aceves said working on classes from home is less convenient for her than studying at the college.

“I like to go to the library, and I like to sit there and actually do my work because it’s a different setting than being at home, because at home I get distracted,” Aceves said.

Aside from coronavirus worries, residents who answered the poll cited the high cost of living, easy access to opioids and an increase in income inequality as concerns.

Residents also said they support the legalization of marijuana, a variable income tax rate that would charge more to those with higher incomes, and the designation of gun violence as a public health issue, rather than just a criminal justice issue.

This semester’s survey was conducted entirely online using SurveyMonkey. In the past, Nataf’s students have called respondents and taken their responses on the phone.

Nataf noted the survey, which typically features approximately 500 residents—including 80 students—drew a less diverse pool of respondents than usual. Nataf attributed that change to the switch from phone polling to the online questionnaire.

“I get more … minorities, more low income and so forth through the telephone sample than I do through the online sample,” Nataf said.

Nataf said the survey is a vital part of the Anne Arundel County community.

“The survey is a unique contribution to the community by Anne Arundel Community College,” Nataf said. “To my knowledge, we are the only community college in the country that does such a thing.”