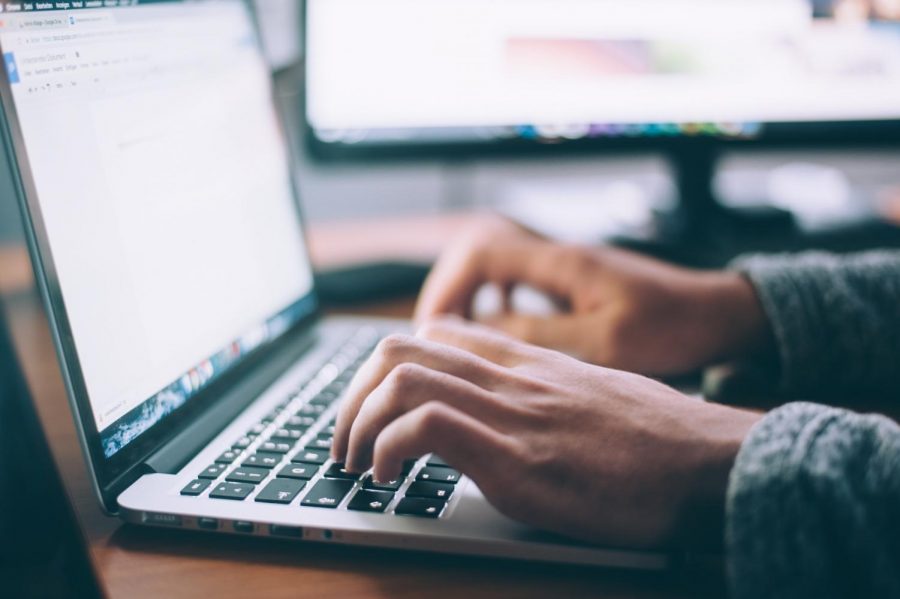 Students said they missing attending class at AACC on their first day back.

As they finished up their first few days of online classes this week, students said they already miss going to classrooms and seeing their classmates.

In an informal telephone poll of 13 students, most said the most miss the interaction of being in physical class.

Bri Barone, a third-year elementary education student, said although she has taken online classes before, she will miss the campus environment.

“To go from being at the college all the time and having that be my primary learning environment to then having to be at home all the time for my safety as well as everyone else’s, it’s been a really, really weird adjustment in that regard,” Barone said.

Armana Sherman, a fourth-year transfer studies student, said he was “never one for online classes. I need to be in a classroom setting to have my mind set on doing the work.”

In response to the coronavirus pandemic, AACC transitioned all classes to an online environment and closed its campuses to all students and nonessential workers.

The first week of online classes wasn’t without a few glitches, students said.

Some students described technical difficulties during video meetings with professors and classmates.

“I didn’t know that—if someone was screensharing—you could draw on their screen,” Calvin Marzouk, a second-year architecture and interior design student, said. “So, I was just messing around because I didn’t think anyone else could see, and I was asked to stop.”

Matthew Barzal, a third-year electrical engineering and Spanish student, recounted one of his professors screensharing his iPad when he got texts from his wife—and the whole class saw them.

“He kept getting texts from her that said like ‘Joe is at the door,’” Barzal said.

Some students said they’re glad they no longer have to commute to campus because it saves them time.

“I like that I have more time in the day [and] commuting [took], like, an hour out of my day,” David Stemmle, a first-year media production student, said.

“I do like going to class to some extent,” Browne said. “It is helpful to … interact with your peers and bounce ideas off of each other. It’s more than the PowerPoint.”