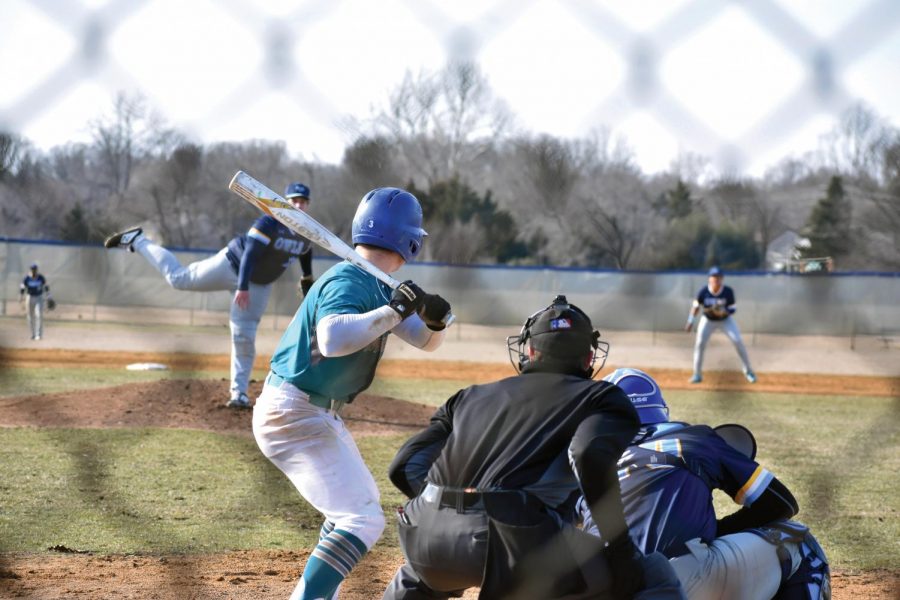 AACC Softball and Baseball players say they hope for a successful season.

Men’s Baseball head coach Chris Jenkins said one of the biggest challenges his team faces is the number of freshman players.

“One of the things that’s going to be interesting to watch is we have a lot of freshmen,” he said. “We have a lot of guys who haven’t played much college baseball.”

Of the 21 players on the team, 14 are first-year students.

Still, Jenkins said he had high expectations for the season.

Pitcher Zachary Rees, a second-year transfer studies student, said he’s “definitely excited to get back and [play] with the guys after healing from a torn labrum in his hip last year.

Likewise, Softball players said they hope to succeed by coming together as a team this season.

Softball head coach Guy Klingensmith said the team will focus on practicing the fundamental aspects of the sport and building team chemistry.

“I think we need to come together as a team, work together and be good teammates with everybody,” Klingensmith said. “A lot of our practice is built around the fundamentals. … If you can handle the fundamentals during [practice], then that’ll improve your outcome in the game.”

Klingensmith said he considers every player a superstar.

“They’re all capable of exceeding and excelling,” he said. “All they need to do is have a good work ethic and a mindset that they can all be superstars.”

The players said they are eager to show off their skills this season.

Shortstop Kyleigh McQuade, a second-year business student, said the team has a lot of talent and a deeper roster than in past seasons.

“I think the season is going to go pretty good,” McQuade said. “We have a lot of talent this year, and we definitely have more players than we did last year, so I think if we all work together, and we just do what we’re supposed to do, it’s going to be a really good season.”

Baseball opened its season on Feb. 22 against the Salisbury University club team, while Softball will play its first game on March 6 at Allegany College of Maryland.