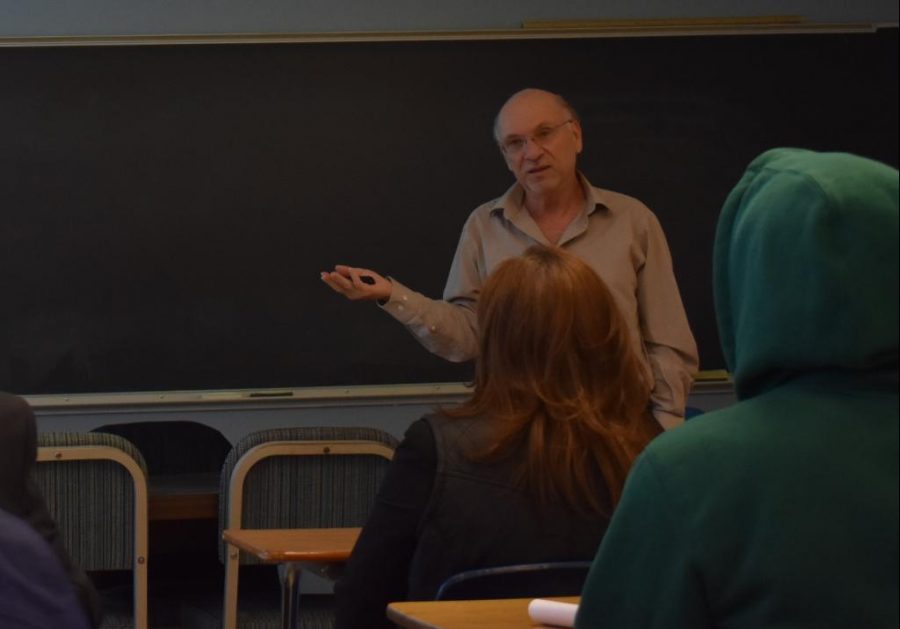 Political science professor Dan Nataf spoke about polling difficulty at the first in a series of seminars put on by the Department of Mathematics.

An AACC political science professor spoke to students about the challenges of conducting surveys on Thursday at the first of a series of seminars.

Stat Chat is about the uses of technology and data analysis hosted by The Department of Mathematics.

“The students probably learned how we do surveys, the mechanics of doing a survey, and the challenges of doing it in a way that gets you publishable results,” Nataf said. “The difficulties with the changing methods that we have to use in order to keep a representative example as best we can.”

Nataf said that it is a challenge getting people to come to these events and to participate in the surveying.

“I wish I could convince faculty that this is a worthwhile exercise for their students,” Nataf said. “I hope that every semester I can get enough faculty interested in participating, but it’s the hardest part of this job.”

Statistics professor Thao-Nhi Luu said she organized this speech in an attempt to connect what students learn in class to real life.

“I want the students to be able to see the relationship between what we have done in class and things that we work with outside of class,” Luu said. “I want to bring life to the classroom material. I really hope students can see the people who are working every day with the mathematics that they have learned.”

“[I] learned about time theories, I found that pretty interesting, and the fact that polls are weighted,” Strong said.

Second-year transfer studies student Samantha Yealdhall attended the event and said she would consider participating in the survey.

“I have the time,” Yealdhall said.