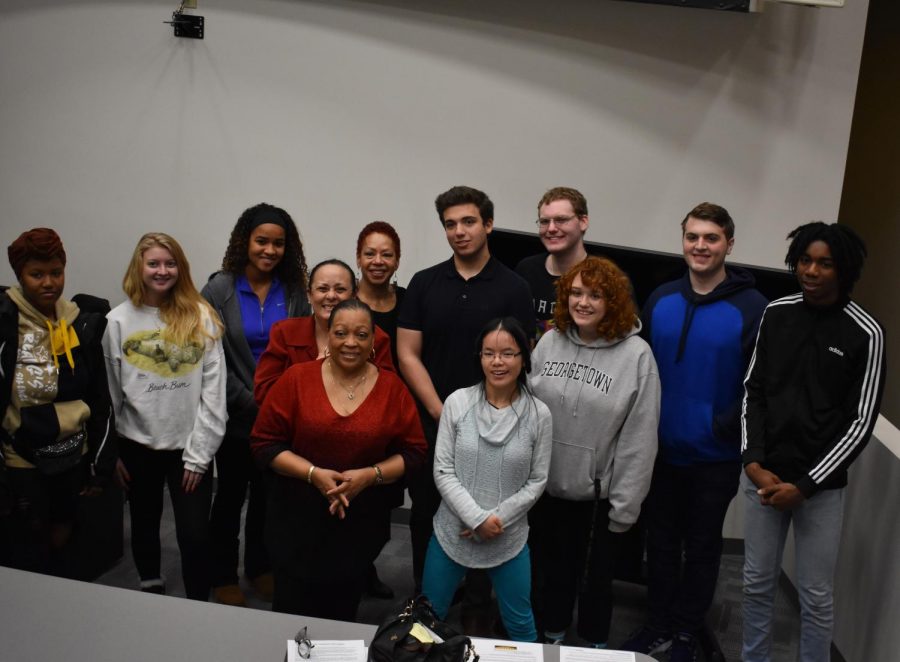 Producer of 'Dancing Through The Flames' Beverly Lindsay-Johnson stands with AACC students.

The documentary depicts the six days of rioting in Washington, DC after the assassination of Dr. Martin Luther King Jr and details the impact the riots and the Civil Rights Movement had on the dance culture of Washington, DC.

Beverly Lindsay-Johnson, the producer, talked about what she wanted students to take away from the film.

Lindsay-Johsnon mentioned how pieces of the documentary were reenactments.

“I attended the showing because it was required [for] me to go for my communication class.” Bennett said. “Our class is focused around social justice so it made sense to be watching it, as it discussed the riots after MLK died.”

“I learned that Black people in the north has a different view regarding segregation,” Bennett said.  “Most black northerners didn’t even know that was a thing.”

“It’s very important for history to be recorded,” Aschenbach said. “Such as stuff like this for progression towards the perfect community.”