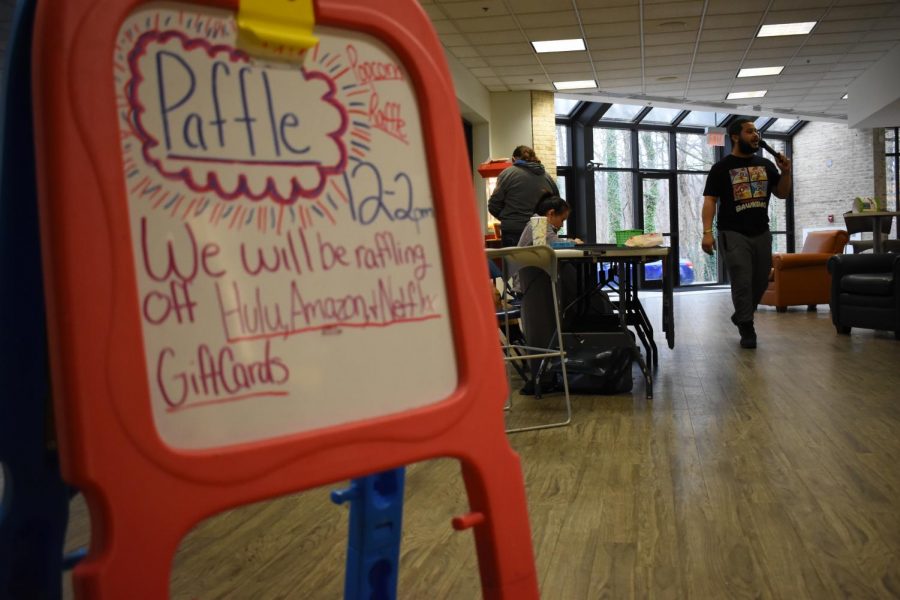 The Campus Activities Board gave away Netflix, Amazon and Hulu gift cards to students on Monday during a giveaway they called Paffle.

During the gathering students ate popcorn and learned about the Campus Activities Board, which puts together social events like concerts, outdoor movies and comedy shows.

“So we just took the idea that we had before and made it better by giving out just free stuff, having free popcorn, some music playing,” said CAB social media chair Alex Sawyer. “You know, it’s a lot of fun.”

Because this event had a raffle, it drew more people than other socials, according to Sawyer, a third-year special education student.

According to second-year business administration student Jarek Lamourt, CAB’s private events chair, the event got “a pretty decent amount of people having fun.”

First-year transfer studies student Jeffrey Guillen won a free month of Hulu in the raffle, which he called his “favorite part. There’s a lot of people out here celebrating.”