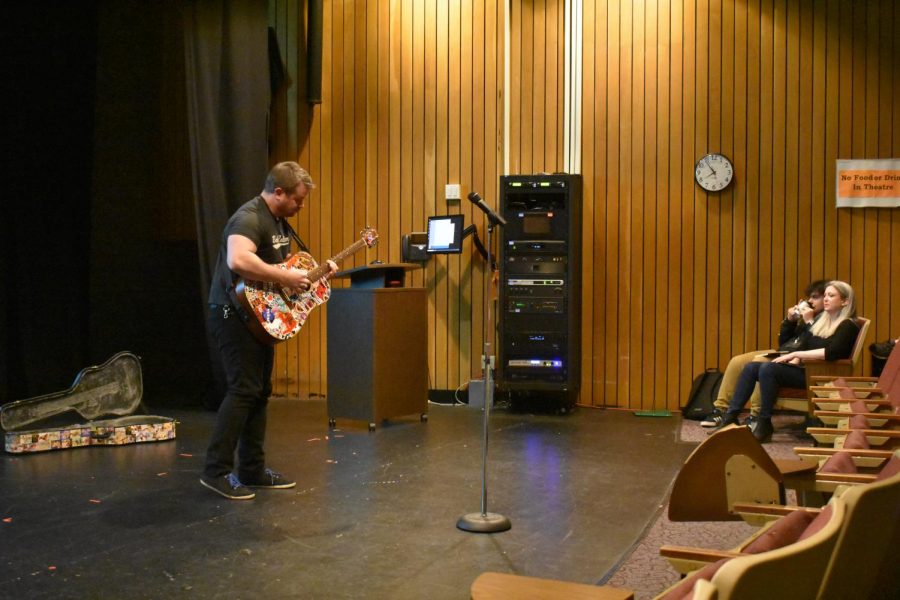 Mike Pierorazio, a second-year creative writing student, is among the students who performed at Amaranth's 1st Coffeehouse of the semester.

Students had the chance to perform at the first open mic of the semester hosted by Amaranth, AACC’s award winning literary magazine, on Wednesday.

She added, “It was very relaxing after a terrible day at work.”

“It’s nice to see students turn up [and] share the things that they’ve written,” he said. “Usually writing is such a solitary project that to be in the same room with a bunch of other writers is kind of a cool experience.”

“It didn’t drag, people had a lot of fun,” Santos said.

“It’s a community here where if you mess up on stage during a live performance it’s no big deal,” he said.