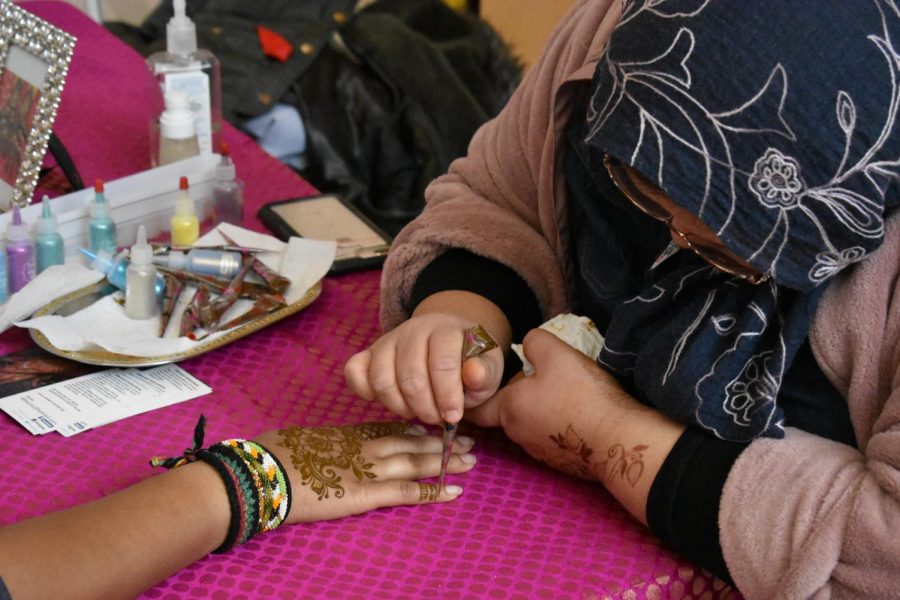 An artist printed elaborate henna designs on student’s hands at an event hosted by the Campus Activities Board in the CALT atrium on Friday.

Henna artist Marcela Faruqui applied the semi-permanent designs on students, who received them for free.

Russell, a second-year transfer studies student, said CAB had previously hosted the artist on campus and chose to bring her back this semester as part of the Welcome Week event held by CAB and the Office of Student Engagement.

“We did this last year and we decided to bring her back this year for Welcome Week,” Russell said.

Students at the event said they liked the designs.

“I think it’s really cool,” Second-year secondary education Spanish student Anna Maysonet said. “It’s really nice, cool art and I mean it’s temporary so it’s something you can do to express yourself that can wash off in seven to 10 days.”

“Hopefully we’ll do it in the fall,” Russell said.