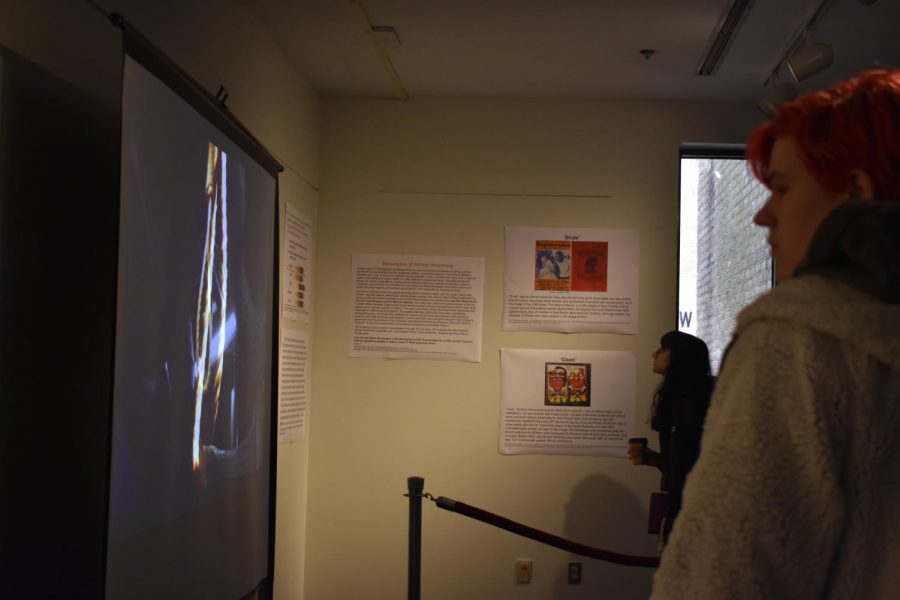 An AACC sociology professor created an exhibit in the Pascal Gallery to highlight lynchings in Maryland.

Taka Ono created the exhibit to raise awareness of the history of lynching in Maryland, including Anne Arundel County.

Ono said, “We have an organization called The Maryland Lynching Memorial Project that has been working on this issue to raise awareness of lynching and the pain it had caused in Maryland as well as continues to cause in some parts of Maryland.”

The exhibit features imagery, text and a video showcasing the history of lynching in Maryland.

“There was a commission created by the Maryland legislature last year to a more in-depth investigation for these 41 people that were lynched in Maryland,” Ono said. “The different counties are also trying to come to terms with this issue. I would like to continue to raise awareness of this issue, if not in this exhibit, next year or next semester in different ways. This is an issue of racism that can take different forms if I can address that in different forms than I would be willing to do that.”

“I think that it’s a very impressive one because it is a part of history that a lot of people aren’t taught or know about,” Abell said. “It’s something that usually gets swept under the rug because Maryland was one of those states that really didn’t choose a side. It stood more neutral, but it doesn’t excuse the fact that [lynching’s still happened] there in the background.”

“People need to know their history, especially like in areas where they live,” Abell said. “They can’t be ignorant because otherwise they would be doomed to make the same mistakes their ancestors did and all its going to do is drive racial divides even further than they already are and it’s not what we need.”

“It was really eye-opening,” Moline said. “The things they teach in school aren’t nearly as informative as this. Honestly seeing all the stories here were actually jarring.”

Moline spoke on statistics featured in the display.

“I thought the statistics were really interesting, especially the one of how whites view racial discrimination versus blacks and other races,” Moline said. “I honestly think that says a lot about our society today, which I think is very important.”

Ono said he hopes the exhibit will inform people that lynching happened in Maryland and Anne Arundel County.

“I’m just hoping that this is just one occasion to reflect on that issue that stills affects people’s lives even though some people think it’s a thing of the past,” Ono said.