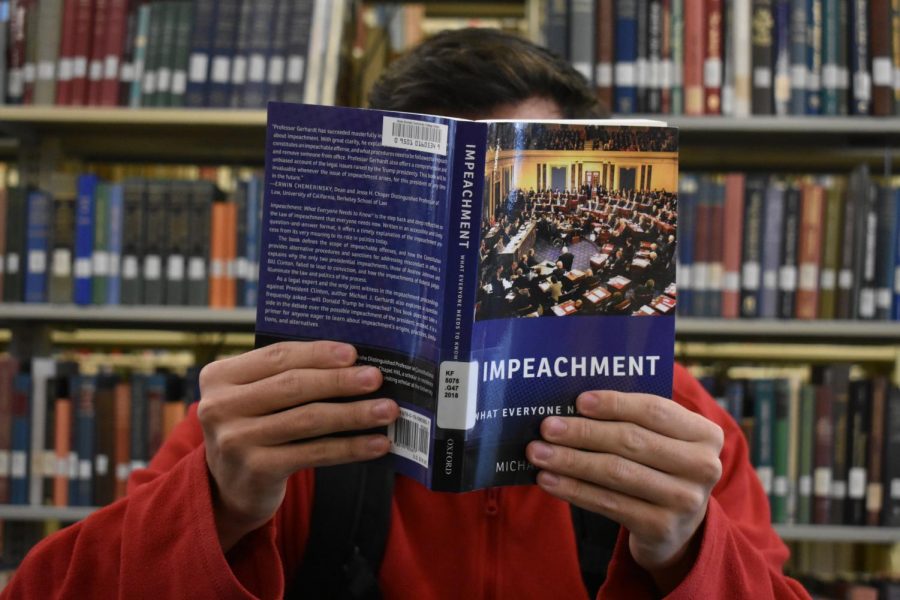 New "pop-up" courses at AACC will cover hot-button topics such as the impeachment hearings.

Dr. Michael Gavin, AACC’s vice president for learning, said the courses could either cover topics relating to hot-button issues, such as the congressional impeachment hearings, or teach skills, like gluten-free cooking.

“The idea behind a pop-up course is basically to offer content that is relevant either to something that’s happened in society or content that can be delivered in [a] quick fashion,” Gavin said.

According to Gavin, the courses would appear in AACC’s online catalog within a week after a professor proposes a topic.

Gavin said pop-up classes will allow students to “get some sort of better knowledge about [a] topic that’s happening in society or even a skill … in a quick fashion,” Gavin said.

Gavin noted the idea first emerged in the aftermath of the Unite the Right rally in Charlottesville, Virginia, in 2017. The rally featured white supremacists protesting the removal of Confederate statues across America, and gained widespread attention following the murder of counter-protestor Heather Heyer.

“We thought that Anne Arundel Community College’s expertise in social justice could have potentially allowed for good academic discourse about what it looks like to be a good American citizen in the context of racial unrest and … hatred,” Gavin said.

AACC already has a system in place that allows teachers to create special-topics courses. The new framework for pop-up classes speeds up the approval process.

“The faculty member would just come up with a curriculum,” Gavin said. “They would then vet it through … their assistant dean, director and dean, and it would go through a special committee of our [Educational Policy and Curriculum Committee] to hasten the process, and it would be up within days.”

“For a typical course to be proposed and go through a process [to join the course catalog] could take anywhere from a day to a number of months depending on the number of recommendations that are made to tweak the course,” Gavin said.

“However, with this kind of course, what we’re asking is that … because it’s not necessarily a course that [is] going to stand forever, [and because] it’s going to be probably a one-time [course], that the eyes on it are not going to be as many.”

Jake Gosselin, a first-year information technology student, said he likes the idea of the courses.

“I think that would be nice to get more … worldviews out to students,” Gosselin said.

Gavin said he expects the first pop-up courses to be available in the upcoming spring semester.

Class length depends on the number of credits, according to Gavin. A one-credit course lasting 15 hours may only be one week long, for instance.  Professors will determine the length and schedule of each course.

Gavin noted that courses could give students anywhere from one to 10 credits, though an overwhelming majority would be between one and three credits.

“Depending on the length, it could be nice,”  Ordakowski said. “If you’re [overworked] or something like that, it doesn’t seem like something that would be good.”

Gavin said the courses may help the college reach the broader community.

“I just think it’s a way for Anne Arundel Community College to reach out to the community,” Gavin said. “I could see … some county citizens who … haven’t … taken classes here being interested in such topics, so I’m hoping that it will also be a way for us to extend our reach out into the community a little more.”

Gavin noted in-county students will pay $116 per credit for tuition, the same as for normal classes.