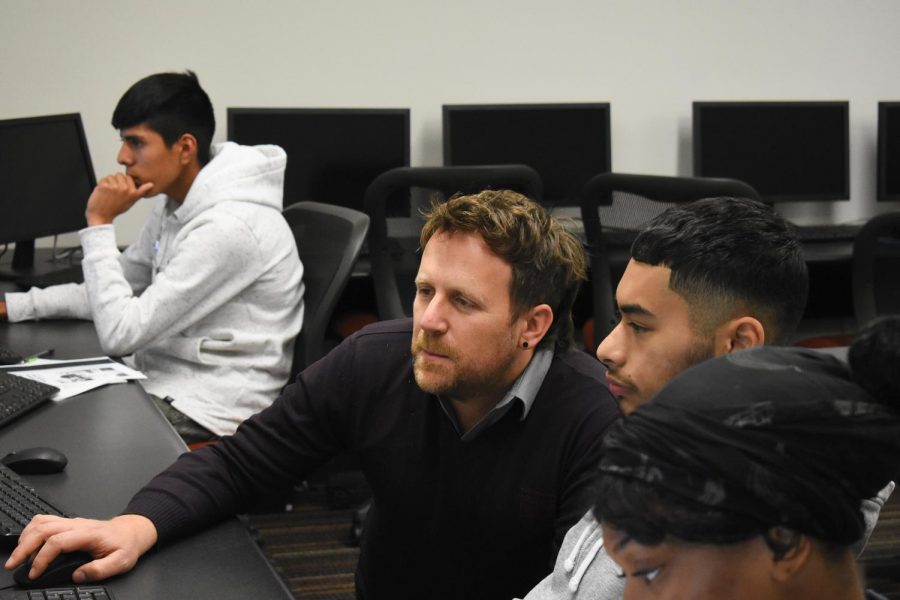 Literacy professor Forrest Caskey is in the middle of an email dispute between faculty.

An email exchange by AACC faculty in late October led to incivility and unprofessional responses, according to some of the participants.

An email sent Oct. 28 by literacy professor Forrest Caskey to all faculty led to approximately a dozen personal attacks against him, according to Caskey.

Caskey’s email promoted the Drag-O-Ween drag show, a charity event the Gay-Straight Alliance student club organized. The Halloween-themed show in the Humanities Building featured students dressed as drag kings and queens who lip-synched songs and danced in the theater’s aisles while audience members gave them money.

Caskey wrote in the email that Chick-fil-A contributed to an effort to legalize the execution of LGBT individuals in Uganda.

“There had been quite a lot of news in the gay news [sources] that I read about … how Chick-fil-A was giving money to Uganda to start a ‘kill the gays bill,” Caskey said.

Caskey then sent out an apology email, calling his original email “irresponsible.”

After Caskey sent the apology, two faculty members asked to be removed from the email distribution list.

“A couple of people said … ‘It’s kind of a joke that you’re a reading professor and you’re promoting this fake news,’” Caskey said. “Somebody told me I was promoting prostitution and strippers” because of his support of the drag show.

But Caskey said positive feedback overtook the negative during the email exchange. He said he received more than 100 supportive emails, phone calls and office visits from people interested in the Drag-O-Ween event.

“It turned out to be a much more positive than negative occurrence,” Caskey said. ”I think it opened up a lot of ears on campus to what it means to engage civilly, and to maybe some underlying homophobia that exists.”

Dennie sent a faculty-wide email in response to the thread, suggesting it had become disrespectful.

Human Services Chair Nicole Williams said some of the responses were unprofessional.

“I felt that the responses from colleagues were not professional, and I didn’t have a problem with Forrest sending out the email in which he was advertising the Drag-O-Ween,” Williams said.

“Even the information he presented about Chick-fil-A [didn’t offend me]. The purpose of academia is to present information. We’re academicians. [If you have a question about something] you go and research it.”