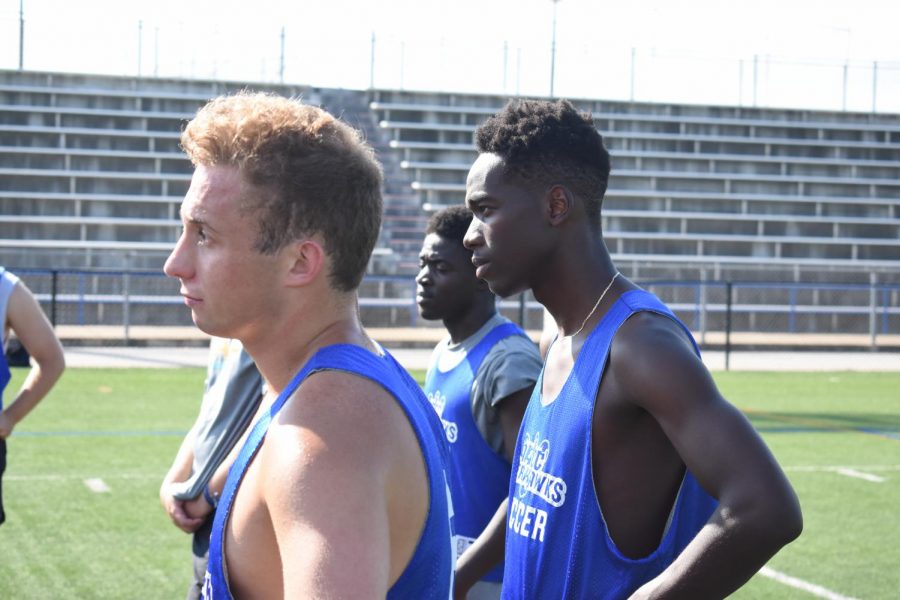 “We had a really good group of guys that bonded on and off the field,” head coach Nick Cosentino said. “They were a tight-knit group, which I think helped them get through some tough times in the season.”

To end the regular season, Men’s Soccer secured the No. 4 seed in the Division III Region 20 Men’s Soccer tournament.

On Nov. 1, the men’s team hosted the top-seeded Howard Community College in the semifinals, where they lost 3-2.

Calogero led the team in points with 14 on the season, including six goals and two assists.

“Scoring was a real challenge for us,” Cosentino said, “and it was a testament to our defense that we did so well this year.”

“Half our team were first-year players …  and our sophomores really helped us this year,” Cosentino said. “Will Belcher helped out a lot with the leadership role. … Belcher is the grittiest player I’ve ever coached.”