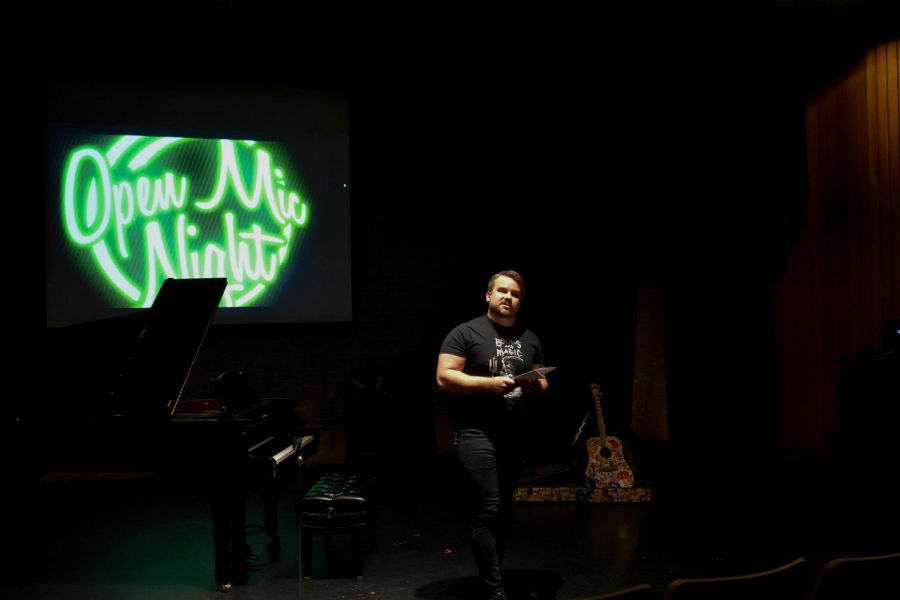 Nine people performed music and poetry at an open mic on Wednesday at AACC.

“It’s really nice to see students and just how creative they can get with what they are working on,” Santos said. “It’s a really inviting space where students can just try things out. Some do music—we’ve had dancing before—some play instruments, some sing, lots of poetry, lots of story reading. It’s just a really safe space where you can show off your work.”

“It’s an extremely inviting safe space. Even if your piece isn’t exactly polished, nobody’s going to make fun of you or anything like that. Everyone is going to be really supportive. It’s a super supportive community.”

“I did a poem about a friend that I liked that didn’t like me back,” Barone said. “They were always there and then they started to get flighty. It’s kind of about being ghosted.”

Second-year creative writing student Joshua Saderholm said his performance was an adaption of a campfire story he heard about 12 to 13 years ago.

“This was fun, I’m definitely going to come back and do this again,” Saderholm said. “It’s a great time, it’s an amazing place to get fresh perspectives on writing and creativity. It’s just fun,” Saderholm added.