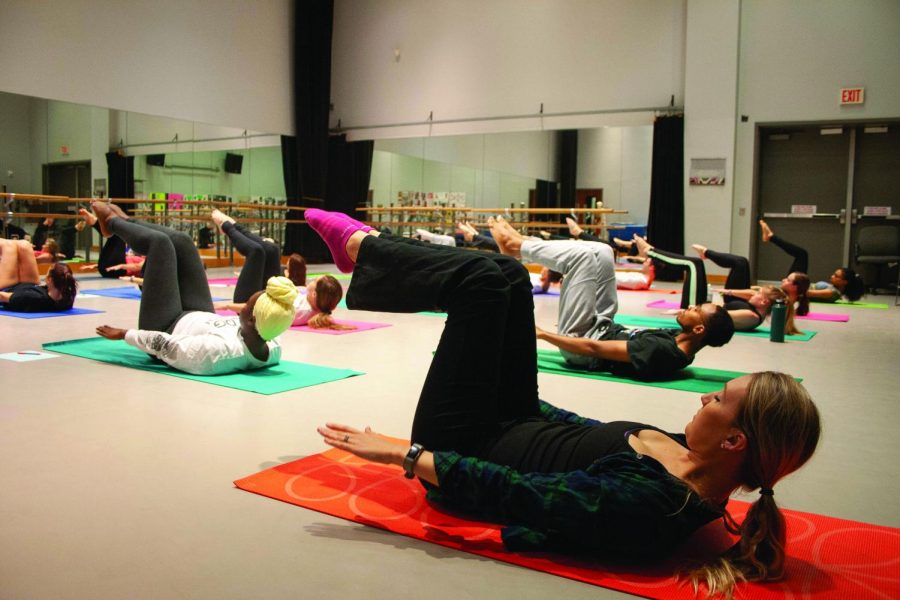 Former student Rachael Scaringe-Thomas is leading the AACC Dance Company while Director Lynda Fitzgerald is away on sabbatical.

A former AACC Dance Company student returned to the college this semester to fill in for the company’s director while she is on sabbatical.
Rachael Scaringe-Thomas, who received her associate degree in dance in 2015, is teaching dance and choreography while Director Lynda Fitzgerald is on sabbatical studying gender equality in dance.
“To hand over your company for a semester, [that’s] a big responsibility,” Scaringe-Thomas said. “And when …  she called me … my jaw just dropped. I was like, ‘OK, Lynda, sure!’”
Scaringe-Thomas said she taught modern and contemporary dance before coming back to teach at the Arnold campus.
Scaringe-Thomas has continued to teach dance at The Dance Academy in Severna Park while working for AACC.
“It’s pretty awesome being back, I will say,” Scaringe-Thomas said.
Scaringe-Thomas said Fitzgerald did a good job of creating a family atmosphere for the company. She said she wants to instill the same feeling this semester.
Scaringe-Thomas said she focuses mainly on technique when teaching because she wants students to challenge themselves and get out of their comfort zones.
“Different people bring a different essence to the Dance [program] or the Dance Company,” second-year dance and transfer studies student Chioma Akwara said. “They bring their training and their background … [Scaringe-Thomas] has built my technique more than I could imagine. I have seen so many improvements.”
“She challenges us [as if] she sees our potential,” Sean Cook, a third-year cyber security and dance student, said. “She has a different approach than Lynda. She offers … more of the technical aspect, and Lynda offers the performance. So, I’m kind of getting both [experiences]. … I’m feeding off of [Scaringe-Thomas’] energy and her expertise.”
Scaringe-Thomas will leave her temporary position at AACC in January when Fitzgerald returns from sabbatical.