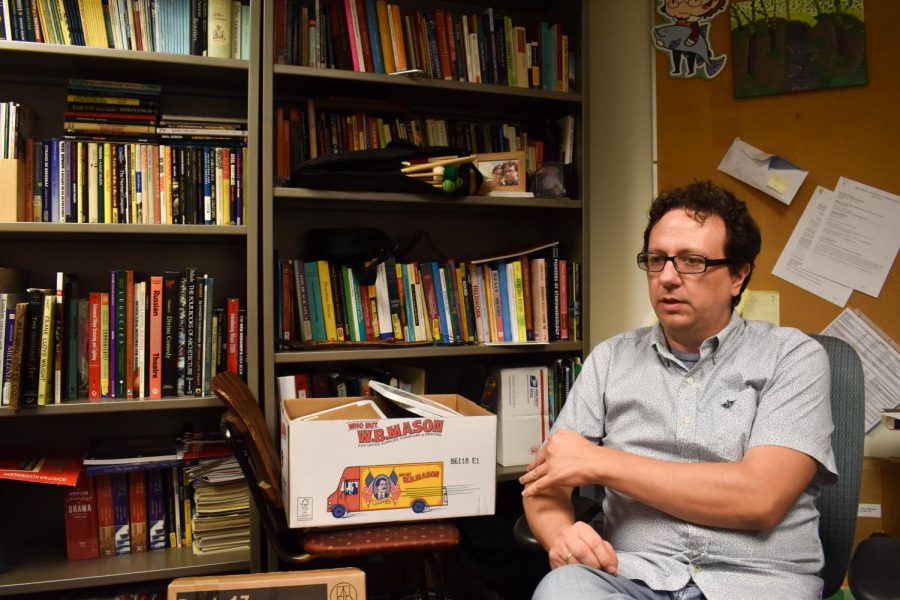 Students could find themselves studying beats from Trinidad during their world music class this semester.
Their professor, Dr. Chris Ballengee, said he will infuse his lessons on music as culture with the musical styles he has observed as he has traveled the world.
Most recently, Ballengee attended a world music conference on the African island of Mauritius in September to study ethnomusicology, which is an analysis of music from other cultures.
“Ethnomusicology is my thing,” said Ballengee, who is back on campus after a brief sabbatical.
At the conference, Ballengee showcased his latest project, a video about the ties between Indian and Caribbean music.
Ballengee said he discovered these ties on a trip to Trinidad 12 years ago when he found a direct connection between Indian percussion styles and the music of the Caribbean.
“There really wasn’t anything written about Indian people in the Caribbean,” Ballengee said. “When I first started studying [the] music of Indian people in the Caribbean, I honestly had no idea what I would find.”
“No one has done the work that I’ve done,” Ballengee said. “And I think a thousand ethnomusicologists can say the same thing.”
Ballengee said it surprised him how much Indian and Caribbean cultures intertwined, even though the regions are on opposite sides of the world.
Ballengee said learning about the differences and similarities between their music “gives you something about the history of these people,  where they come from and what they are doing now.”
In Mauritius, Ballengee started a new project studying Muharram, the first month of the Islamic calendar, after he discovered a parallel to Trinidad’s music at a Muslim festival.
During Muharram, some Muslims observe rituals in remembrance of the martyrdom of the prophet Muhammad’s grandson.
In some of these rituals, Muslims play bowl-shaped tassa drums, which hang from their necks. Tassa drumming, Ballengee explained, is one of the Indian influences on music in Trinidad.
Ballengee’s students said they have noticed the influence of Ballengee’s travels in class.
“Dr. Ballengee’s experience definitely shows in the course itself because he’s got all that knowledge of all the places that he was traveling,” first-year transfer studies student Nathan Perry said.
First-year transfer studies student Tristyn Hanna said Ballengee’s world music class made him more open to various types of music.
“As I’ve been learning more and more, it’s evolved into a much more interesting class than I thought it was going to would be,” Hanna said. “[It helps me keep an] open mind on the different types of music and styles that are out there.”