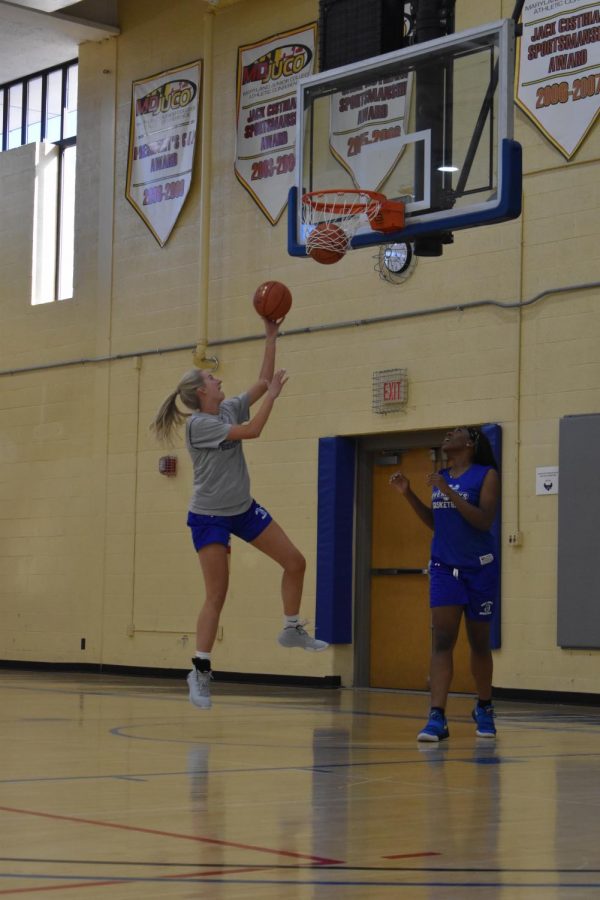 AACC Women’s Basketball seems well prepared for the upcoming season, according to the team’s head coach.
Head coach Lionel Makell said he believes his team has learned a lot from the coaching staff.
“The dedication from my coaches … all spills into the young ladies,” Makell said. “Positive vibes equal positive results.”
“They’re all coachable; they’re all willing to learn,” Makell added. “They show up every day to get better.”
Makell said playing against nationally ranked teams is important to the development of the players. Playing unranked teams for easy wins, according to Makell, would not help his team grow.
“[We] play seven or eight nationally ranked teams every year,” Makell explained. “I could [water] my schedule down and be 20-1, but that’s not going to help us.”
Returning player and second-year transfer studies student Sarah Healy said she is confident about her team.
“I think [we’re] going to continue to go up now that we have more people interested,” Healy said. “We’ve got more [players] than last year.”
Women’s Basketball finished last season with a 9-16 record, an improvement from 7-15 the season before. The team qualified for the NJCAA Division III National Tournament last season and finished eighth.
The regular season began Nov. 1 at home against New York’s Monroe College-Bronx.