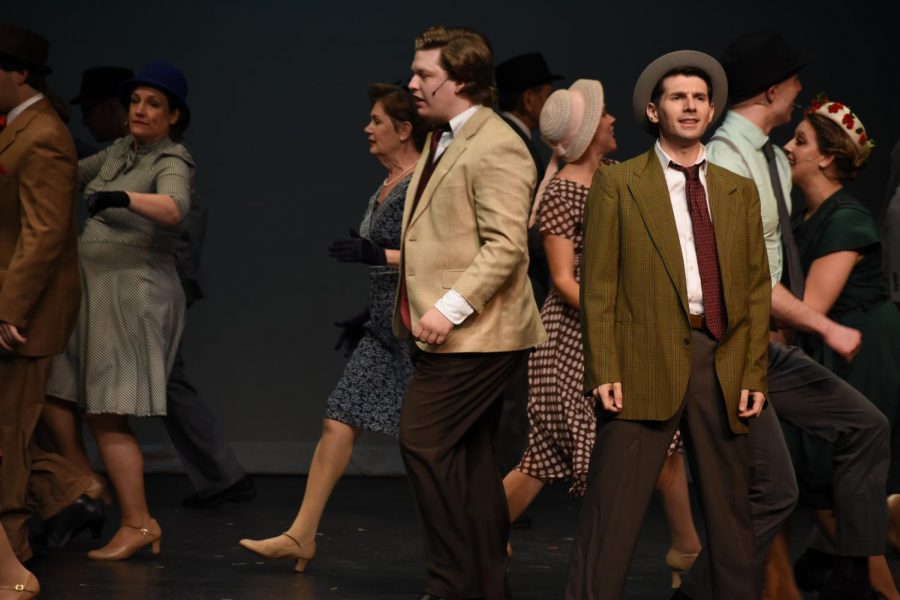 Opera at AACC gave it their all in the complicated musical: Sunset Blvd.

This year Dr. Byerly gave AACC’s actors another challenging musical to perform at the Kauffman theater.

Andrew Lloyd Webber’s Sunset Blvd. is known by some audiences to be hard to absorb.

With complicated rhythms and intertwining melodies, it is not the easiest music to master.

This certainly became evident throughout the play.

There were moments where the rhythm did not quite line up with the music making it quite confusing and unpleasant at times.

One of the highlights of the show was the beautiful costume design. The play is set in 50s’, where dashing suits and poodle skirts dominated the fashion scene. Lisa Dickinson’s costume design perfectly captured the atmosphere of 1950s’ Hollywood.

The set designer, Peter Kaiser made good use of the space he had to work with. Each set gave a good general idea of the environments the characters were interacting with, without overdoing or underusing the props that were used. Overall for what the college and play company had they had used it very well.

The set made use of a screen to signify transitions and add context to the setting as well. The play featured beautiful choreography by Andrew Gordon. The actors were able to showcase their many abilities bringing life to the stage with dance.

Mitchell Santez, a second year creative writing student said that he enjoyed the play, that it was a new experience.

“I really enjoyed the dancing … [The story] was very different” said Jennifer Rose, a member of the audience, ”The Choreography was great … Andrew Gordon, the Choreographer … did really well. He kind of stands out I think in the performances” said Rose.

Sunset Blvd. will be playing at the Kauffman theatre located at the Pascal Gallery for Performing Arts from the 6thto the 13th. Fridays and Saturdays at 7:30. Sunday matinées will be at 2:00 pm.