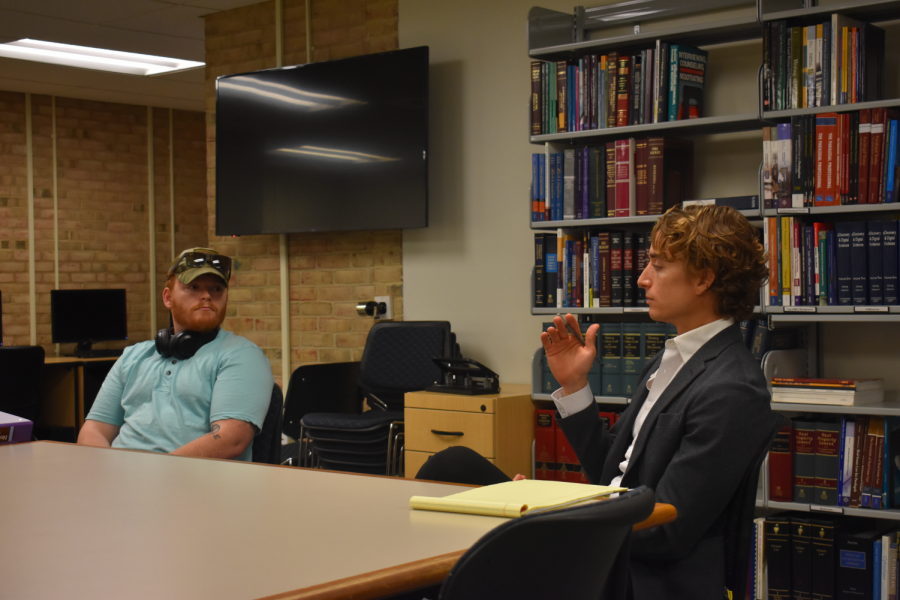 AACC’s Legal Studies Club invited people to join in the first meeting of the semester on Thursday.

Second-year legal studies student Ben Turek said the club should interest people looking to expand their understanding of legalities. Turek noted its appeal to “any student who observes the world around them and wants to know more about how things become what they are both in law and then in government.”

“That’s who I would say should be drawn to legal studies is … people who want to learn about the world,” Turek said.

Fredericks said students can join the club, regardless of if they’re a legal studies major. He said the next meeting will be on Sept 12 at 2 p.m.