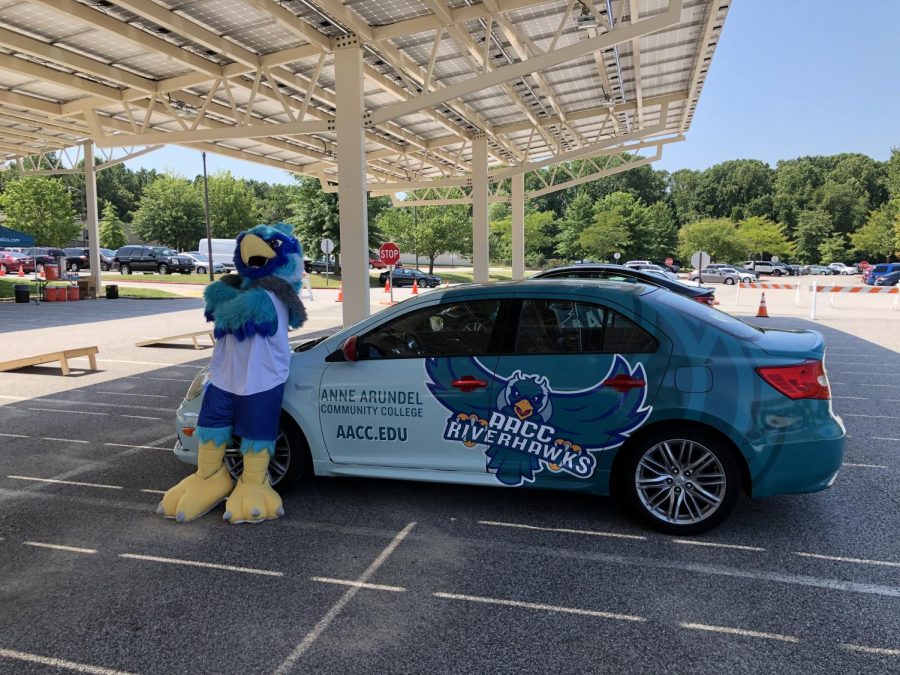 AACC rolled out a new advertising campaign in July.

AACC contracted the Delaware start-up Carvertise for the campaign. Carvertise collaborates with companies to put decals on drivers’ cars for a set amount of time.

The car wraps, professionally applied and removed, leave no damage to the car or paint.

Executive Director of Strategic Communications Dan Baum said, “We just hope to engage the community more than … the typical [advertisement like] a billboard, would do.”

The Road Hawk campaign is meant to increase brand awareness for AACC by having more people see information about the college while out and about.

“We hope a lot of people see the cars and want to talk to the drivers about their experience at AACC,” Baum said. “And we also hope that they participate in the different promotions we have.”

Tyler Smith, a public health major who has taken classes at AACC, looked into car wrap advertisements while he was in school.

“I think I was looking up lists of ways to make money without having a job,” Smith said. “Because I do that a lot.”

“School takes up so much of my time,” Smith said. “So, I feel like having things like that gives you something you can do. It doesn’t take any time and it’s just like extra money you can use.”

While he didn’t end up doing it, he said it was a convenient idea. “You just take it wherever you normally drive,” Smith said. “And then it just advertises itself.”

As for the future of the “Road Hawk” campaign: “If the program works and we can expand it,” Baum said. “We would love to.”

Be sure to look out for Swoop on the roads this school year. The “Road Hawk” campaign is set to continue until June 2020.