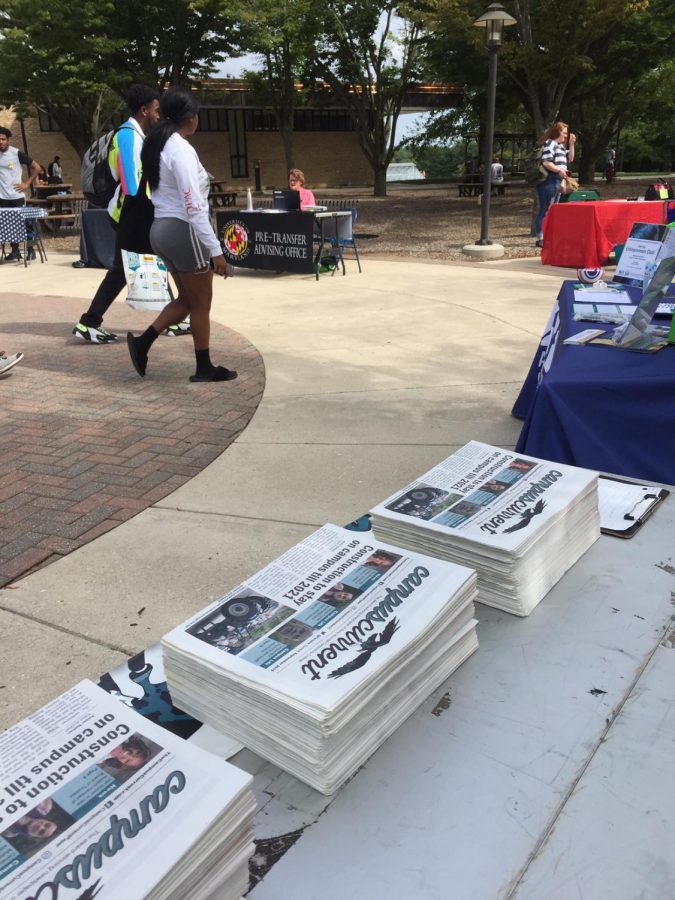 Students promoted their clubs at the community fair, but packed up early after a storm threatened.

Students were still able to visit tables for part of the scheduled event time and talk to club members.

Neena Robertson, program manager for student engagement, said the community fair is helpful for students because it “puts a face to a name for a lot of students who have been e-mailing presidents of clubs or have been in contact with other members of clubs. … It brings the clubs to the students, which is good.”

ESports Club President Joie Frank said she wanted to “recruit new members, get people more aware of our community for E-Sports, get them to learn about competitive gaming [and] find out what we do.”

Student Government Association President Mitchell Santos said he wanted to recruit more members, including a vice president of finance. Santos also mentioned the SGA is looking for 15 senators, who attend weekly meetings and reach out to student clubs.

“It’s a ton of fun; you make a lot of friends with it; you get paid, and most importantly you get to serve the college community,” Santos said, “You get to serve your fellow students.”

After Chick-fil-A handed out free food and firefighters responded to a false fire alarm at the library, the community fair ended at around 1:30—but the storm never came. The fair was supposed to last for five hours. It only lasted close to two.

“I prefer to have people not out here with metal tables if it decides to thunder and lightning,” Robertson said as club members began to pack up and leave.