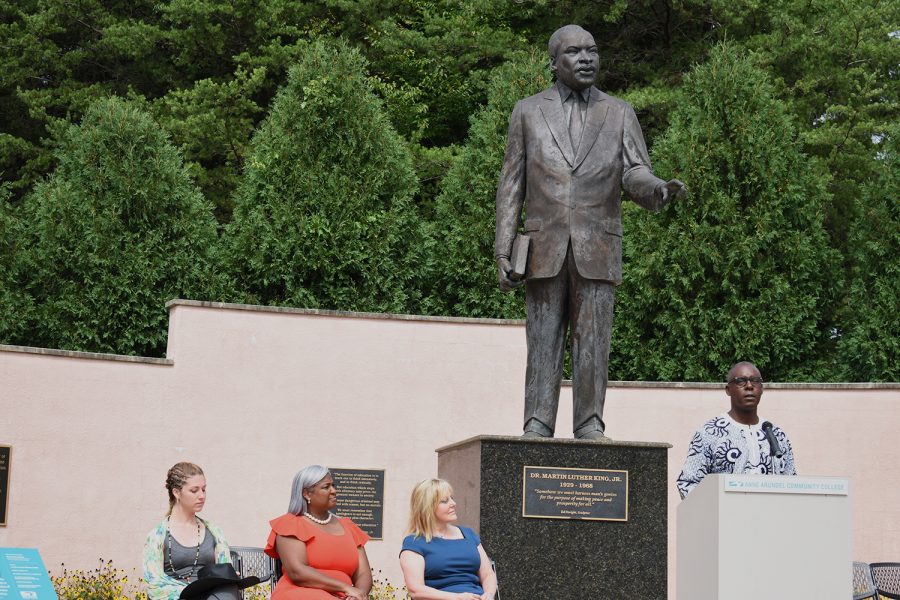 Chief Diversity Officer Dr. Deidre Dennie was among the speakers at the rededication, which came 13 years after the monument was initially erected.

“I thought the ceremony went great,” Dennie said. “I love the new changes. I think it brings a breath of freshness to the space and hopefully more people will come and use it.”

Dennie praised the work of designer Kathryn Ellerbrock, a former student. “The space didn’t have flowers and trees and benches before, so we added some design elements to make it more welcoming for people to use it,” Dennie said.

Ellerbrock said she felt encouraged by the work of MLK and other civil rights leaders when designing the space, hoping to inspire students to use the area. “I had been just reading … about the early grassroots movements and civil rights movement, and just the way students came together [and] found any place they could to talk [and] plan. And I wanted a place where students felt like they could use the space … something congregative.”

Second-year secondary Spanish education student Jen Martinez said she enjoyed the former design but appreciates the new changes. “I think it was … beautiful the way it was, but it’s nice to have even an additional showing that the campus cares about the memorial. And adding the benches [was] a nice little touch,” said Martinez. Third-year transfer studies student Arianna White said she supports the college’s initiative. On the memorial changes White said, “It’s a good idea.”

Dennie noted the rededication was emblematic of the college’s values. “This monument represents a lot of things … it represents the courage and the braveness of Anne Arundel Community College, stepping out and doing something like this in the first place 13 years ago,” said Dennie. “I’m hoping that our students are proud of what we do here, that [the] message gets not just to the student populace but to the community, that this is a place that they can come and be a part of what happens here.”