Student-mother sits on Board of Trustees 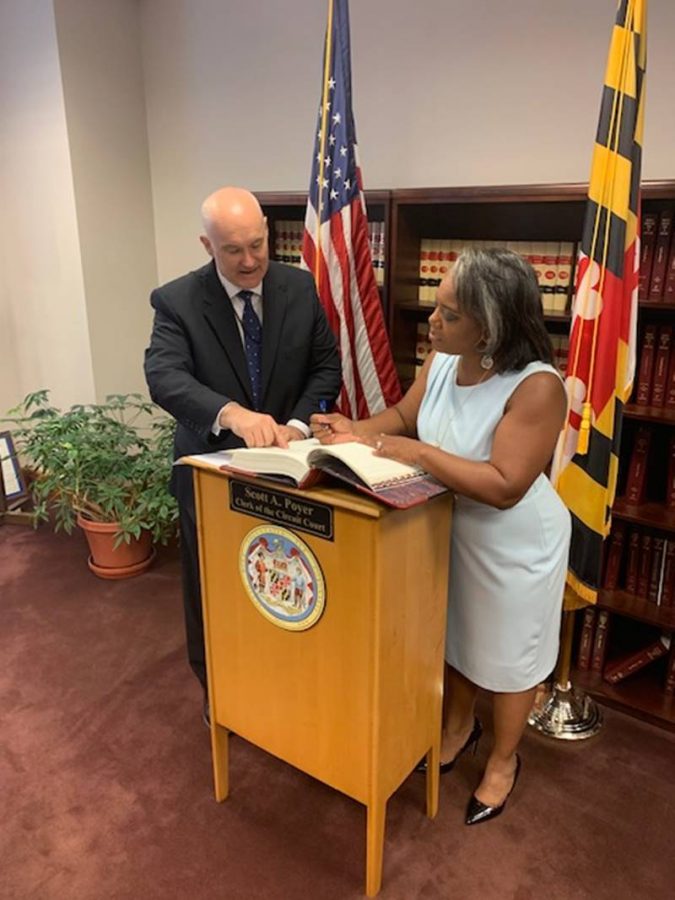 The owner of two local businesses will take a seat on the college’s Board of Trustees this fall as its only student member.

Van Mason, a 51-year-old real estate agent, has attended AACC since 2011. She launched a realty company and a home design service last year.

The student trustee will vote on issues that affect AACC and its students this academic year.

Mason, who has four children, said her main goal is to “get the information out that I think lacks sometimes, because not a lot of people know all the things that are available at the college.”

“There’s a lot of untapped resources that if people would have known about they would have participated in,” Mason said.

Larry Ulvila, the board’s chairman, said he advised Mason not to be afraid to ask other board members questions about changes the college could face and encouraged her to have informal discussions with her board colleagues.

Mason said she believes she is ready for the responsibilities of the role because of her previous position as the only student member on the college’s Committee on Teaching and Learning and her unique ability to “speak from a professional student perspective.”

She said she aims to “talk to other students who are looking for direction on where they should go after they receive their degree.”
Mason came to AACC as a part-time student in 2011, 21 years after starting a family. After she graduated from high school in 1986, she studied graphic design at Baltimore City Community College but never finished the degree.

“I kind of put my education on hold,” Mason said. “My children’s education was more important. Once I put them through college I decided there was time for me to finish my original passion.”
While at AACC, however, Mason’s passion changed and she decided to combine her 20 years of realty experience with her love of design in the college’s architecture and interior design program.
“Real estate is involved in how houses look and how they are laid out to make them appealing to the public, Mason said. “It went hand in hand with [design].”

In 2018, Mason opened Maryland Dream Home Realty and Dream Home Design Group-Studio 36. Her companies support commercial and residential clients who are looking to renovate their spaces. She often hires students to work with her.

As a mother and a professional, Mason said she feels she can guide students well as a trustee.

“Go out there and have real-life experiences,” Mason said. “If [students] do this earlier rather than later … they’ll have more success in deciding whether it’s a degree they want to pursue and
they’ll stop wasting their parents’ money.”