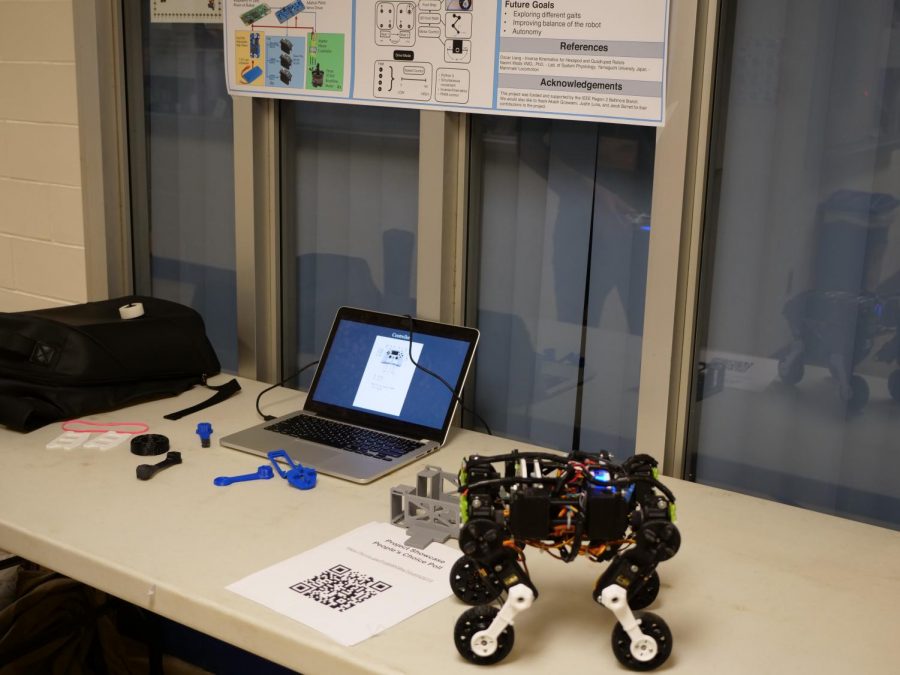 This spring, the drone club tested a mind control system, which it will continue to improve this fall.

The drone club tested a new mind control program at a technology conference in West Virginia this spring.

The I EEE Region 2 conference at West Virginia University included several other colleges, but drone club president Nick Kiraly said AACC had a noticeably small group of three in comparison to other schools, which raised the stakes for the premier of mind control presentation.

During the presentation, the team displayed the new technology they’ve been testing which uses a headset to read a participants thoughts. As a reaction to those thoughts, a coded computer communicates a designated action to the drone.

According to Kiraly, the headset users wear is an Electrocardiogram, which picks up electromagnetic pulses and reads signals from brain activity in a certain region of the brain and record it.

Kiraly explained that each user has unique thoughts, so in order to program the computer with the correct commands it must take a baseline meaning reading of what the mind looks like at rest and train the headset to understand what each thought transfers to.

Although Kiraly said the team is still improving Java codes, “the language of the machine,” to connect the computer to drone, he said the club learned a lot from the other colleges at the conference.

“It was a great opportunity for us to network with other undergraduates in the field and see the work they’re doing, and we were able to practice job skills in an encouraging environment,” club member Eli Dorland said.