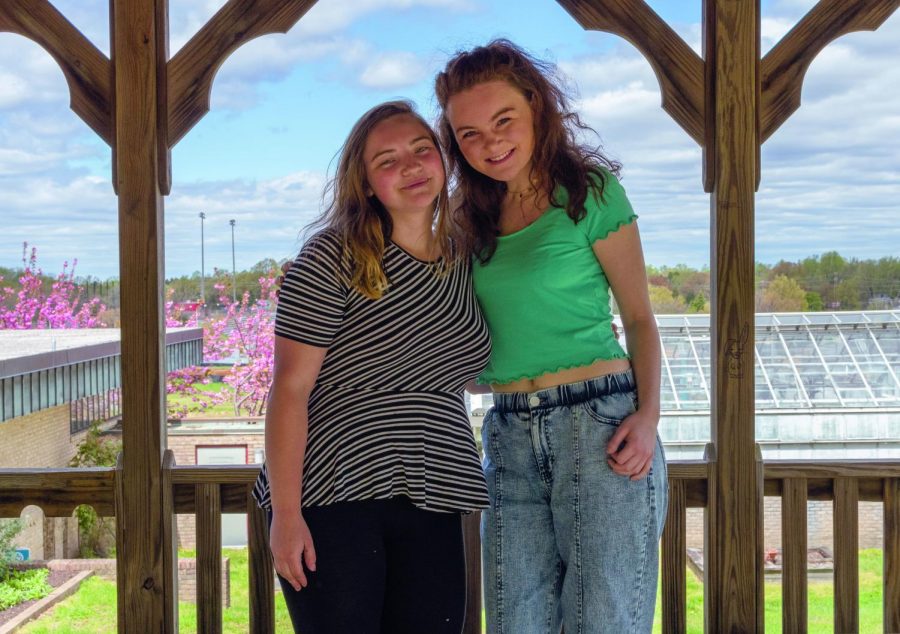 Jesseca Greene was running late. She was supposed to meet her friends—game art and design students like her—at Baltimore/Washington International Airport for a 6 a.m. flight to San Francisco.

That’s when “a tiny maternal instinct … kick[ed] in,” she recalled. As her mother sped to the airport with Greene in the passenger’s seat, Greene pulled out her phone and started calling the others, asking if they were on schedule for the flight, which was to take them to the annual professional Game Developers Conference.

“It takes a certain level of care and patience to be able to sit down and get everything lined up,” said Greene, a third-year student. That instinct, she said, “helps add a little more care when you’re doing things.”

Like Greene, who serves as executive vice president of AACC’s Student Government Association, other women students said they are not afraid to take on leadership roles.

Alexandra Radovic, a third-year elementary education student and editor-in-chief of Campus Current, said she feels comfortable being the leader of her club on a campus where so many women are in leadership positions.

At AACC, the president, two of the three vice presidents and seven of the school’s 10 deans are women.

In addition, 25 of the 49 student club presidents here are women.

“At this school, there’s a lot of female leaders,” Radovic said. “So … I don’t feel any sort of intimidation.”

Radovic said she looks up to the female leaders on campus.

“I’m not trying to break some sort of glass ceiling because I feel like our school is already very accepting of women and promoting women to take on more powerful roles,” she said.

“Not everyone will speak up, but someone has to,” Rapine said. “Someone has to come up with plans and initiate what we’re going to be doing, and I’ve never been shy to do that. I guess naturally, through my personality, I’ve always been the one who’s like, ‘Alright, let’s go do this.’”

Rapine said people often seem surprised when they learn her club has a woman president.

“We’re out and about going paintballing, laser tagging, doing hikes. … It’s very active,” Rapine said. “I’ve definitely had some people assume the leader isn’t a 5-foot-tall girl who has a high voice and what not.”

Heather Rellihan, a gender and sexuality studies professor, said because boys and girls are socialized differently, it can lead to boys feeling more comfortable in leadership positions.

“Little girls who demonstrate what we might call ‘leadership’ in childhood are often called bossy,” Rellihan said. “Some women get the message early on that being leaders is kind of overstepping.”

Rellihan said the transition from high school to college is a great time for young women to find a leadership role.

“For many of our younger students, maybe students who are coming out of high school, I think this may be a space where they can start to get different kinds of messages and learn that not only are they welcome to be leaders but [it is] expected of them,” Rellihan said.