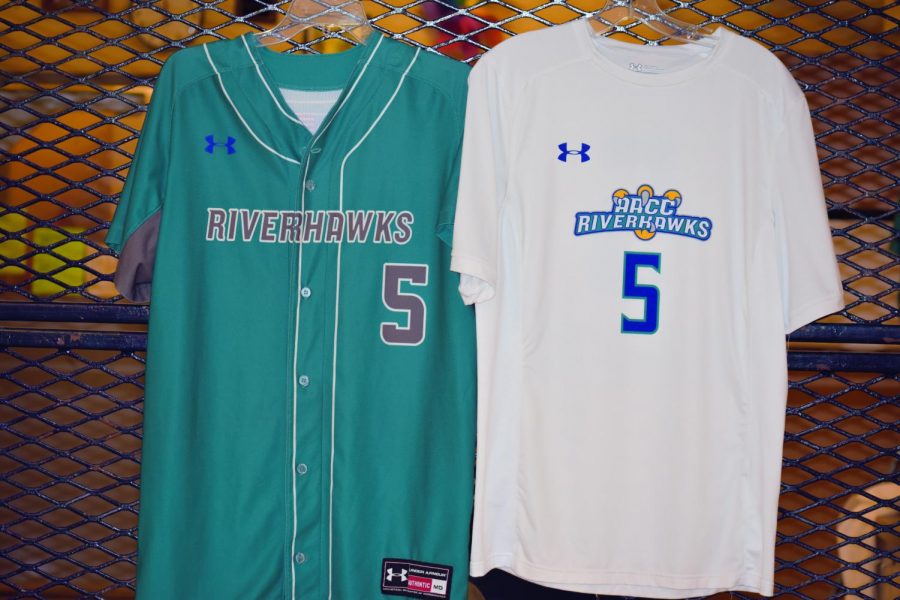 Some AACC athletes say partcipating in more than one sport gives them experience and strength.

Caden Cote excelled at hockey and lacrosse as a kid and had dreams of pursuing a career in hockey like his father, former Washington Capitals defenseman Sylvain Cote.

Cote had played since he was 6 and made both teams at Old Mill High School.

Now a first-year business administration student, Cote is a midfielder on Men’s Lacrosse and said he hopes to play at a four-year college—but only lacrosse.

“Obviously Maryland is more lacrosse focused,” Cote said. “There aren’t as many opportunities as I would like to see [in Maryland]. … I’m trying to make something for myself in lacrosse.”

Cote isn’t the only athlete who plays two sports. Most, however, will have to choose between them when they move on to four-year schools.

Still, community college players are often encouraged to participate in as many sports as they can handle.

Riverhawks Men’s Lacrosse Coach Joe Stanilaus encourages athletes to try as many sports as possible.
“This gives the athletes the opportunity to be coached by different staffs and different styles,” he said.

But a study by the National Collegiate Athletic Association showed most college athletes specialized in sports like gymnastics and soccer at a younger age.

In the study, 87 percent of Division I gymnasts said they had specialized in that sport by age 12, even if it meant the athletes had to stop dual sport participation.

Professional athletes often start in school playing two sports. In the 2017 NFL draft, 30 of the first 32 picks were dual-sport athletes.

But AACC athletes said high school coaches and parents convinced them to specialize in one sport.

Drew Ehrlich, a first-year transfer studies student and outfielder for Riverhawks Baseball, participated in football, basketball and baseball while attending high school at the Gilman School in Baltimore.

Ehrlich said parents and coaches supported his choice to play multiple sports in college before he transferred to AACC from Villanova University.

“I went to Villanova with hopes of playing football and baseball, but baseball didn’t end up working out,” Ehrlich said. “I came to AACC with hopes of baseball being in my future as I look to return to a four-year school.”

A survey by the National Federation of State High School Associations found that 43 percent of high school athletes participate in multiple sports.

Rahsaan Johnson, a second-year midfielder on Men’s Lacrosse, said he chose to pursue lacrosse at the collegiate level because it is challenging. “Lacrosse has taught me a lot on and off the field,” Johnson said, “like fighting through diversity in a predominantly white sport.”

Despite receiving multiple offers from three-year schools trying to recruit him for their football teams, Johnson said he chose lacrosse because of his family’s heritage behind the sport.

“My great grandfather was Native American, and his culture was a great influence on my decision,” Johnson said. “He always wanted me and my siblings to play.”

Amber Kelso, head athletic trainer, said most athletes who have participated in multiple sports at the college have been fall and spring athletes until this year.

“There’s actually trending research … from orthopedic surgeons saying any specialization where you’re doing one sport year-round with minimal rest is causing the most injuries, compared to athletes who do two,” Kelso said.