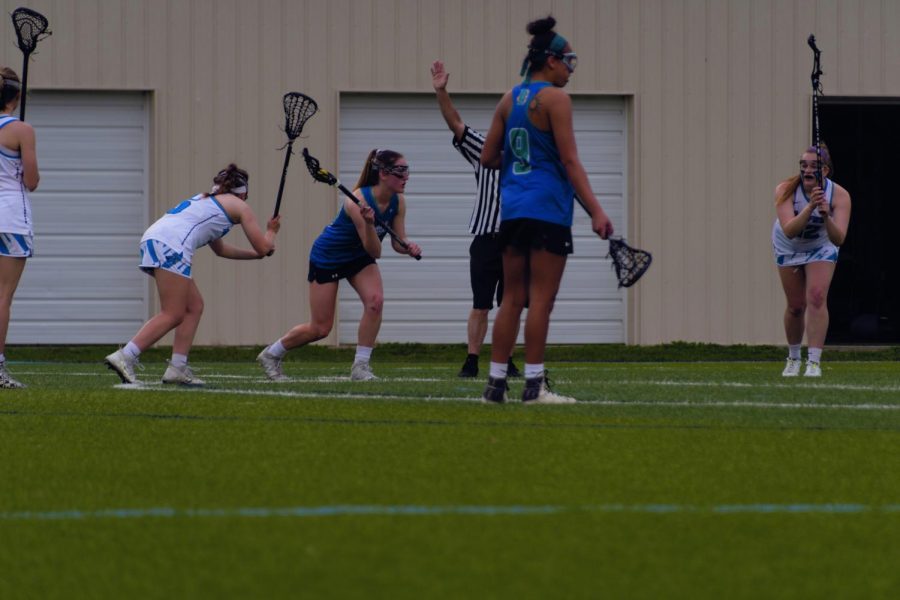 The college will hold the NJCAA Division I Women’s Lacrosse National Tournament in Siegert Stadium on May 9 for the third time in 10 years.

Last season, Women’s Lacrosse finished the regular season with a 13-5 record and made it to the Division I National Tournament at John L. DiMarco Field in Rochester, New York. However, Monroe Community College knocked the Riverhawks out of the tournament in semifinals with a score of 23-8.

The Riverhawks hosted the National Tournament in 2014 and 2017. However, AACC Women’s Lacrosse did not make it to the championship game in either year.

To qualify for the Division I National Tournament at Siegert Stadium this spring, the Riverhawks have to win their Division I Region Tournament games at Howard Community College on May 6-8.

Head Women’s Lacrosse coach Jim Griffiths said he expects the team to perform well in playoffs as long as players can remain healthy and avoid injuries.

Griffiths said while the team has 13 Riverhawks, three fewer than last season’s team, the players have accommodated their smaller size.

“It’s becoming an ongoing yearly issue,” Griffiths said. “Our numbers are never great. We picked up a few people and we’re pretty comfortable where we are right now. I mean we’d love to have a few more, but you play the cards you’re dealt.”

Second-year nursing student and midfielder Mariah Scott said the Riverhawks’ offense is one of their strongest aspects so far this year.

Scott said the season has “gone pretty well. It’s a newer team than it was last year but we all get along.”

She also said she thinks the team will make it to the National Tournament this season, as it did last year.

Page Hamelryck, a midfielder and second-year nutrition student, said she doesn’t think having the National Tournament at AACC will affect the team’s drive to get there.

“I feel like … we still have that drive to make it to nationals no matter where it is,” Hamelryck said.

She also said the players have done well with moving the ball down the field from the defense to the offense, which has helped the team with scoring during games.

AACC Athletic Director Duane Herr said he thinks the team will perform better on its home field during nationals because the players don’t have to travel.

“You’re more at a pitfall or back against the wall when you have to travel and go out of state to go to a tournament, as opposed to keeping your routine similar,” Herr said.

“We’re having teams, fans and guests coming in from other states to visit our local community, and that helps the economy as well as from a larger scale,” Herr said.

Herr added that having nationals at home will give the Riverhawks an edge over their opponents because they are able to play in a setting where they are comfortable.

He said knowing that “you get to be at home and sleep in your own bed and play at the national championship in front of your home fans and your parents and your families and your community” is a positive motivator for any team.

“I think that’s a unique opportunity that not many people get to do,” Herr said.