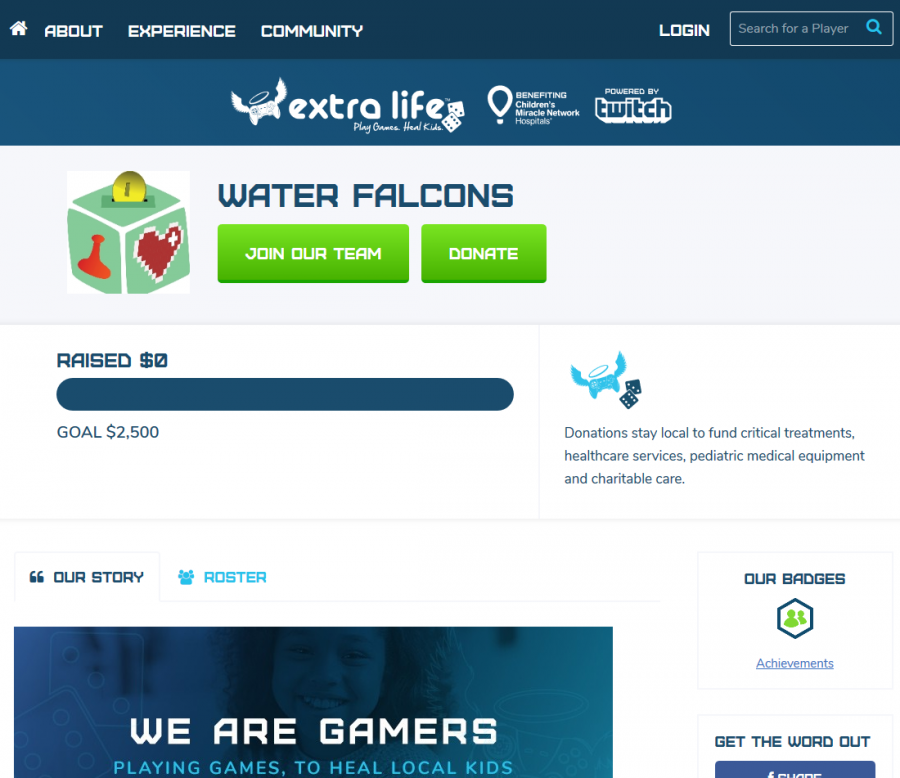 The webpage for the AACC charity gaming marathon, found at extra-life.org/team/aacc

The ESports club at AACC raised $1,748 for the Children’s Miracle Hospital in April.

Around 27 gamers and their friends joined to put on a 24-hour live streaming event to support Extra Life, a charity that donates to the hospital.

Club President Johanna Frank, a third-year general studies student, said the goal of the event is to “raise money for sick kids at the hospital.”

The difficulty of setting these fundraisers up can unnoticed, Frank said. “A few months before, in March and January, we’ll start talking about what games we want to do,” Frank said. “Food preparations, making sure we have stuff to set up the actual stream. Computers, microphones, people that have the actual games. It’s a lot of work but it’s really worthwhile to get people to come in and help these kids.”

She said much of the work goes on behind the scenes.

In addition to participants, viewers can tune in to watch the players online from anywhere in the world.  Around 10 viewers at a time typically watch, Frank said. But at this event, viewership hovered between 17 and 19, and peaked at 25.

Two friends who came together said they learned about the event on social media, and came out to show support.

“The event is for a good cause, Catalina Gibney, who said she plans to enroll in AACC in the fall, said. “I appreciate what they are doing here on campus to unite behind a popular hobby and use it to support charity.”

“I’m going to be starting here soon and it is very good to see that the community here is strong,” she said. “There are many groups on campus that are working towards positive change and this is a great example.”

Check out the behind the scenes tour we got as well.