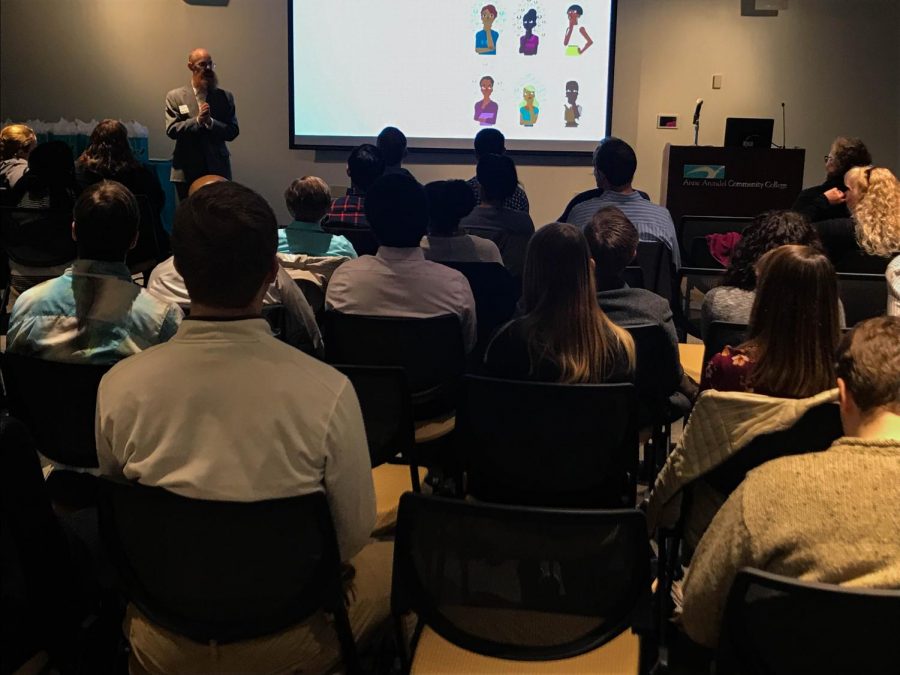 The AACC Mathematics department recognized nine students for their accomplishments and celebrated Math Awareness Month at an award ceremony April 2.

Keynote speaker and Maryland University professor David Aaron Dunston led the event with a presentation on how students should trust their intuition in academics.

Brackins said this is the third year the math department has combined having a speaker and awarding successful math students to create this event with the hopes of increasing awareness.

The event awarded nine AACC students and six Anne Arundel County high school students who were nominated by an AACC Mathematics faculty member for special accomplishments in math during the 2018-2019 school year.

Any AACC students taking a math class can be recognized for a range of awards.

Victoria Hiller, a third-year Mathematics major and 2018-2019 STEM Perseverance Award recipient, said she didn’t know the awards existed until she got a congratulations email one day.

“I feel honored to be recognized,” said Hiller.