This is the second of a three-part series on an AACC program to take community college classes to students incarcerated at Jessup Correctional Institution. Part 3 will appear in the May print edi-tion of Campus Current. 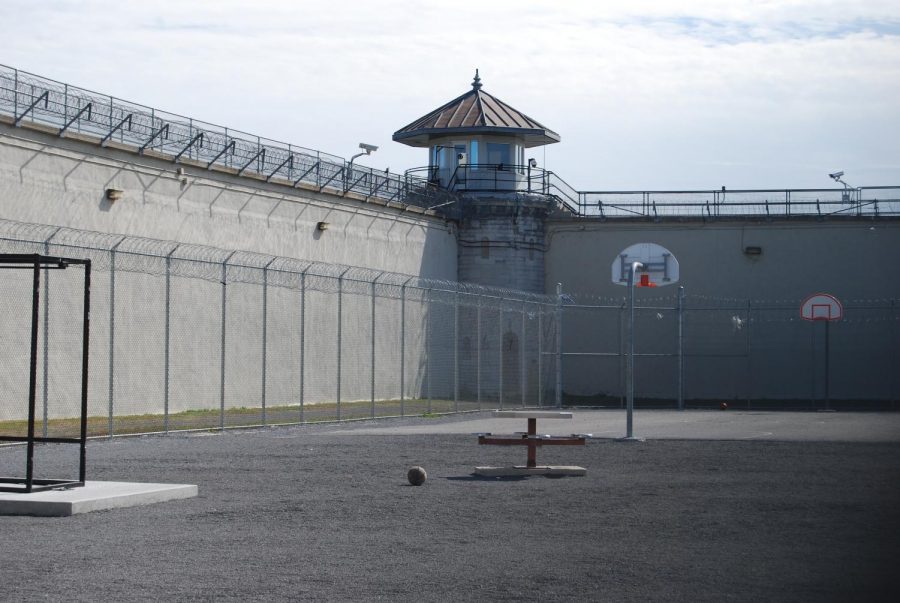 “When you are waiting to get in, the door opens slowly and closes, and you can’t get out,” Steve Berry, who teaches business at an all-male maximum-security prison, said. “These doors are between you and your home.”

Berry is one of four AACC professors who work part-time at Jessup Correctional Institution, teaching classes as part of the two, six-course programs the college started offering there in 2014.

Through the program, professors certify prisoners in business management and entrepreneurial studies.

Faculty reported both positive and negative experiences working there.

“The men are unusually kind,” adjunct instructor Lou Carloni, who teaches Introduction to Business at both Arnold and Jessup, said. “They are the most dedicated students I’ve ever had. I’ve taught for four semesters there and every semester all my students have earned an A, because they’ll do anything it takes to get there.”

Carloni said hundreds of prisoners apply each year for the eight to 12 spots in each class.

Students must be able to pay tuition, pass a basic knowledge placement test and have no offenses on their records while in prison.

Not everyone at the prison is happy the professors are there, Carloni said.

“Any time prisoners are given special opportunities, sometimes it leaves a bad taste in the mouths of the authority,” he said.

Carloni recalled a time when a guard confronted him for bringing a paper clip into the prison and asked him what he planned to use it for.

But Carloni and other professors agreed the dedication the inmates show makes up for the harsh security.

“[The students] are very smart, very attentive. They want the education,” said adjunct instructor Ann Pinto, who teaches business management at Arnold and Jessup. “I set up a no-fear policy.”

Berry said it is sometimes a relief to leave the prison.

“You feel grateful that you can go home,” Berry said. “You wonder what it’s like for them to feel that they can’t.”

According to a 2016 study by the U.S. Sentencing Commission, former inmates with college degrees are re-arrested nearly 40 percent less often than those without.

“A college degree opens up doors,” Shad Ewart, chair of AACC’s Department of Business Management, said. “Anne Arundel Community College, we can be the one thing, that one thing in this person’s life among a bunch of crap.”

He added: “We’re like the best thing in that person’s life. … It sure makes it feel like the work we do is really meaningful.”