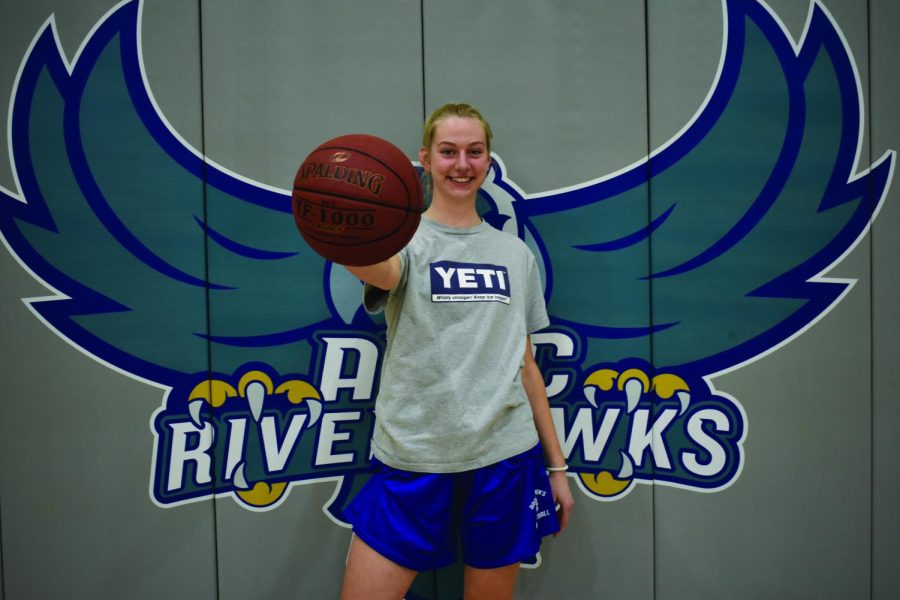 As a junior and senior at South River High School, Sarah Healy sat on the bench game after game as she watched her friends crowd the giant Seahawk logo, in center court, to fire shots at the basketball hoop.

It wasn’t until she became a Riverhawk, Healy said, that she flourished on the court.

“In high school … I did not play whatsoever,” Healy, a first-year transfer studies student, said. “I’d be lucky if I even looked at the court.”

“I played because I liked the people playing the sports,” Healy said. “They were my friends.”

But she said she joined Women’s Basketball this season as a way to stay in shape.

However, Healy said AACC Athletics does more than just keep her in shape.

She said sports here offer her opportunities to excel and show off the skills she never got a chance to in high school.

“Now I actually enjoy playing the sport, and you can tell,” Healy said. “I’m better because I’m enjoying it.”

In fact, Healy said now that she is getting play time, she’s more eager to try sports outside of her comfort zone.

She will be a goalie for AACC Women’s Lacrosse this spring, although she has no experience with the sport.

“I heard they were looking for a goalie and I thought, ‘I’ve always wanted to be a laxer, why not?’” Healy said.

She said she is taking more chances off the field as well, as she plans to study pre-med.

Healy earned a 4.0 GPA last semester and won MVP during regionals this season.