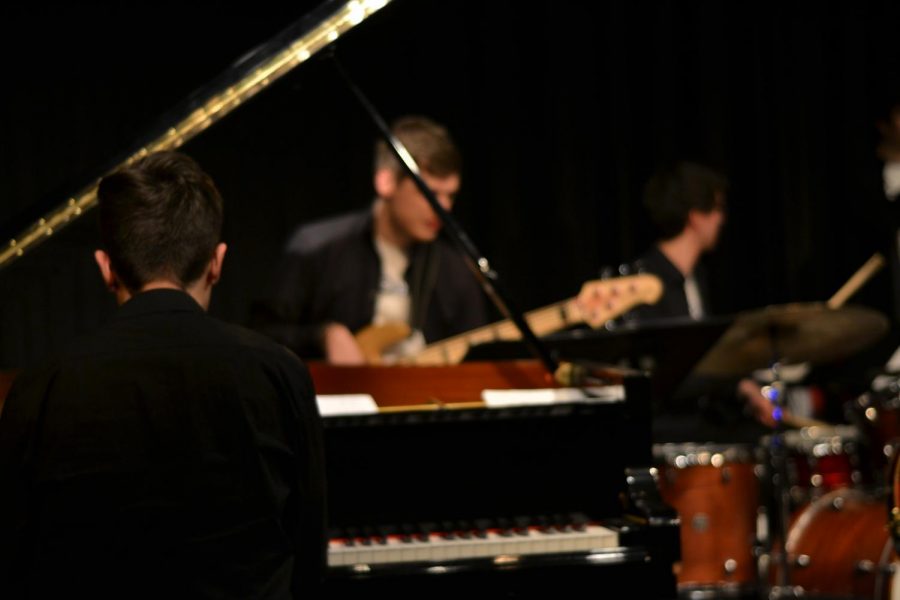 Philip Weyand, pianist, came with the rest of the Phoenix Foundation Youth Band from Germany. 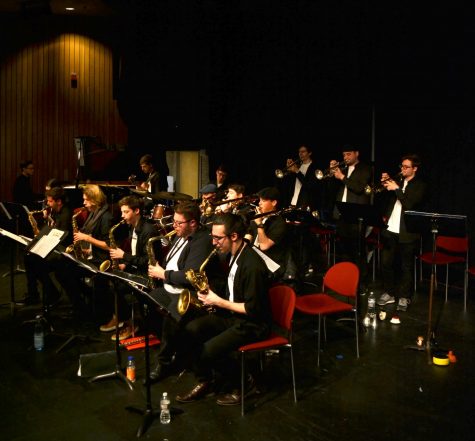 Chance IheomaJazz players from a German youth orchestra played in the Humanities theater tonight in a free concert.

“[Jazz] is a music that is built on a pillar of self-expression,” Steve Fidyk, founder of Naptown Jazz Kids, said. “The interpretation might be completely different based upon how the band was feeling, the mood we were in, and our individual interpretation and experience.”

The German band members are touring universities along the East Coast. Some schools include Temple University and Queens College.

The twenty players ranged from ages eighteen through twenty-three.

“[Jazz] means everything to me,” trombonist Lars Schuster said. “It’s the music I love, it’s the music I make. It’s basically the most important thing in my life.”

The performance featured instruments such as the drums, guitar, saxophone, trombone and trumpets.

“It’s a way to connect to people who maybe don’t speak the same language but listen to the same music,”  trombonist Evgeny Lorlick said. “Through jazz you can express yourself in a way you like to.”

Germany has sixteen states, each with its own star jazz ensemble.

Tonight’s band was from Rhineland-Palatinate, a German state located in southwest Germany which borders France and Belgium. 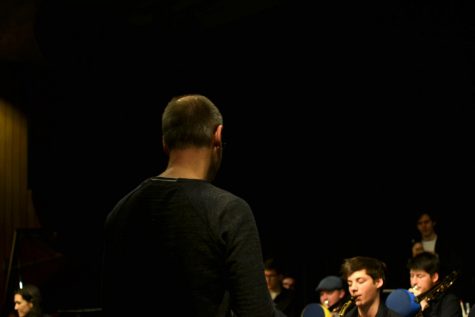 “I like the rhythm and the articulation,” Frank Reichert, the band director said. “[Jazz] sounds light but it is complex and it is emotional.”

For students looking to attend other jazz events, AACC is hosting the Tom Lagana Group on April 27 at 2 p.m. in the CADE building.