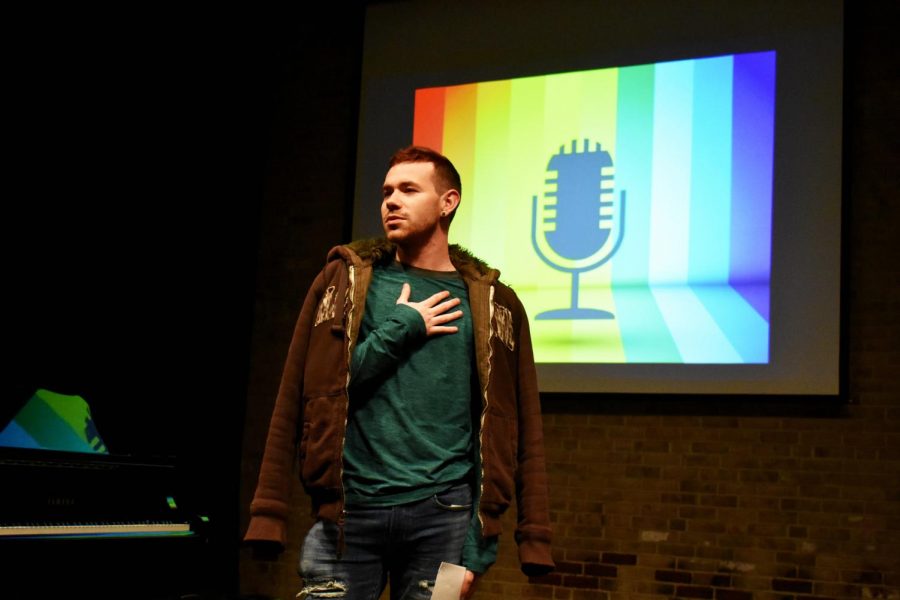 Gay-Straight Alliance officers said at a February meeting of the student club that they will focus on LGBTQ+ history and collaborate with faculty and other student organizations this semester.

“We … have a few more collaborations in the mix,” GSA President and second-year psychology student Garrett Hutchinson said. “We might also do another gay poetry night with Amaranth.”

He said few faculty members teach LGBTQ+ history, so “we’re doing some more history. … That was something that a lot of professors and queer faculty and staff wanted to know; like, ‘Are you learning this stuff, are you teaching this stuff?’ And so when I heard that I was like, ‘We’re not, so let’s do it.’”

Hutchinson led a discussion about New Jersey’s decision to become the second state to require schools to teach LGBTQ+ history. He also talked about a viral photo of a split-gender northern cardinal bird found in Erie, Pennsylvania.

GSA plans to hold another Drag-A-Palooza campus drag show this April or May and is considering an upcoming collaboration with the Coalition for Christian Outreach for a panel discussion.

“I like the diversity of the members within the club,” first-year psychology student and GSA club member Jack Amann said. “I also like the fact that we do [have] events, because my high school GSA, we tried to do events, but we never were able to. So the fact that this one is able to gets me very excited, because I can participate in things now.”

GSA Vice President Erica Romero said she likes the club because she can be herself at events. “[The club is] a place where I’m not going to get judged for being who I am and liking what I like. GSA is a place for everyone and anyone is free to join,” said Romero, second-year studio art major.

GSA meets every Wednesday at noon in Humanities 127. The club is open to all students, faculty and staff.