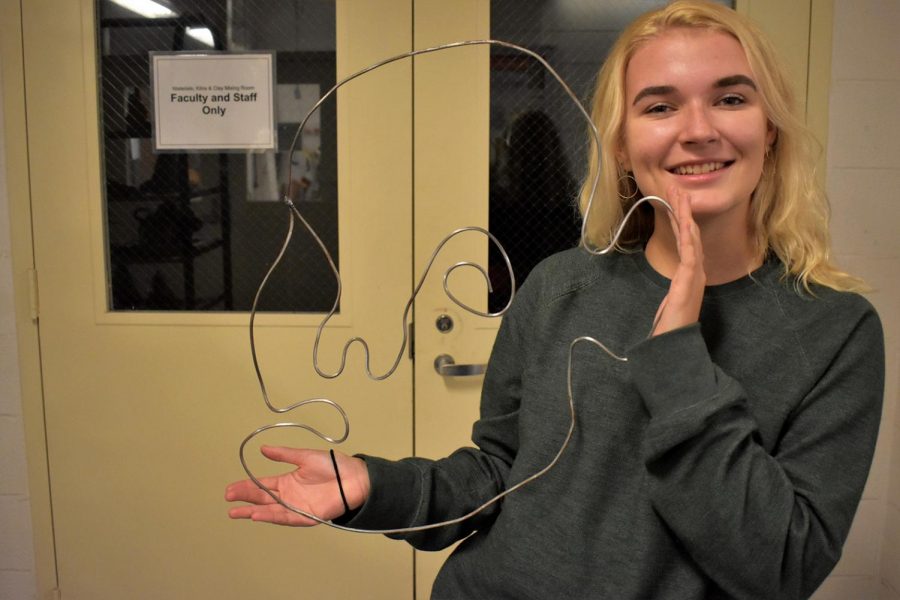 Long-time donors to the college donated $1 million toward AACC’s new trade building and named it the Clauson Center for Innovation and Skilled Trades.

The donors, Janet and James Clauson, are community advocates who run the nonprofit Clauson Family Foundation in Hanover.

According to Kip Kunsman, interim dean for continuing education, the first, 12,000-square foot phase of the building will open in 2021 if the college raises enough money. It will house classes in electrical work; forklift driving; HVAC; plumbing; welding; and general carpentry.

Kunsman said the building could expand to 36,000 square feet if enrollment in the classes is high.
The $5 million building will stand behind Careers.

Kunsman said the building will be a multifunctional lab space.

“The labs will be used to actually perform the skills they need,” he said. “Carpentry students might build a two-level framing for a house. Those electrical students might come in and run the wiring in that same structure … It provides a hands-on, real-world experience.”

Kunsman said having a skilled trades building on campus will mean students won’t have to travel elsewhere to take classes.

“This major will have a bigger presence on campus now,” Kunsman said.

“When I took my class I had to go all the way to Towson,” Pullins said. “In the trade industry, certifications are key. It’ll be nice to be right there on AACC’s campus.”

Janet Clauson, who has taken classes here for 15 years, said she noticed an increasing popularity of trade skills among students.

“Skilled trades are valuable and they’re the backbone of our community,” she said.
“A four-year degree is not for everybody and not for every job. I hate to see kids settle with a lot of debt they don’t need because there is this mistaken message that everybody has to go to a four-year university.”

According to AACC Foundation Director Vollie Melson, all funding for the Clauson building is coming from private donors—not tax dollars. This is the foundation’s first private capital campaign for a campus building.