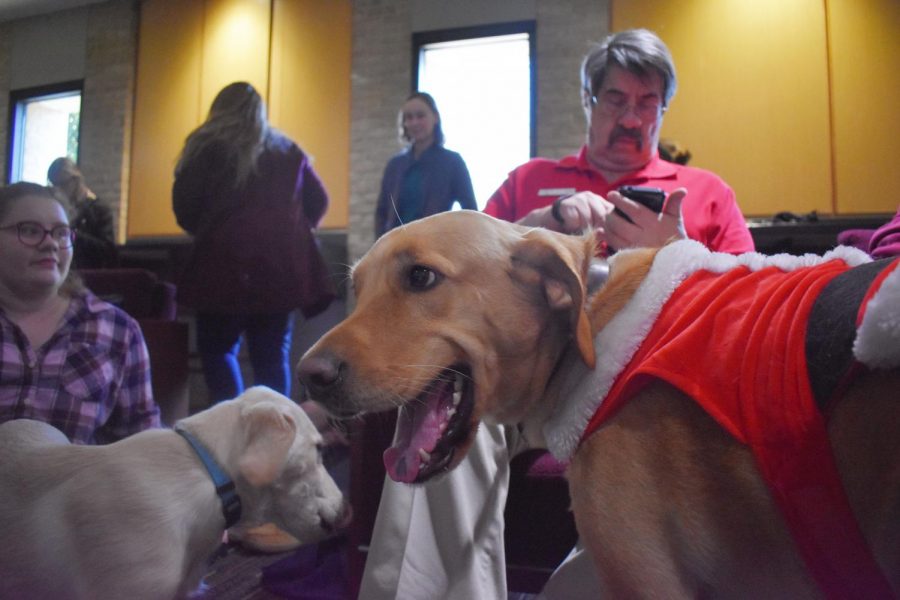 Active Minds hosts Fidos for Final, an event for students to interact with dogs to de-stress with finals.

The Active Minds club invited Fidos for Freedom to bring their service dogs on campus as a way for students to relax and have a distraction during finals.

Fidos for Freedom is a non-profit organization that trains therapy and service dogs for those neurological problems, military veterans with PTSD, and people with problems hearing, said Margaret Wolff from Annapolis.

Wolff said her service dog Odin helps her with mobility issues, including picking things up for her and helping her with issues balancing, although if needed he could also help her change clothes.

Wolff said she received the four-year-old rescue dog a year ago. However, only last week was his ownership papers officially transferred to her.

Club president and second-year communications student Esther Kuhnert said the goal of Active Minds is to promote mental health and suicide prevention and trying to get rid of the stigma that surrounds those topics.

Kuhnert said the club’s faculty adviser Dr. Denise Portis has a service dog from Fidos for Freedom and is involved with the organization.