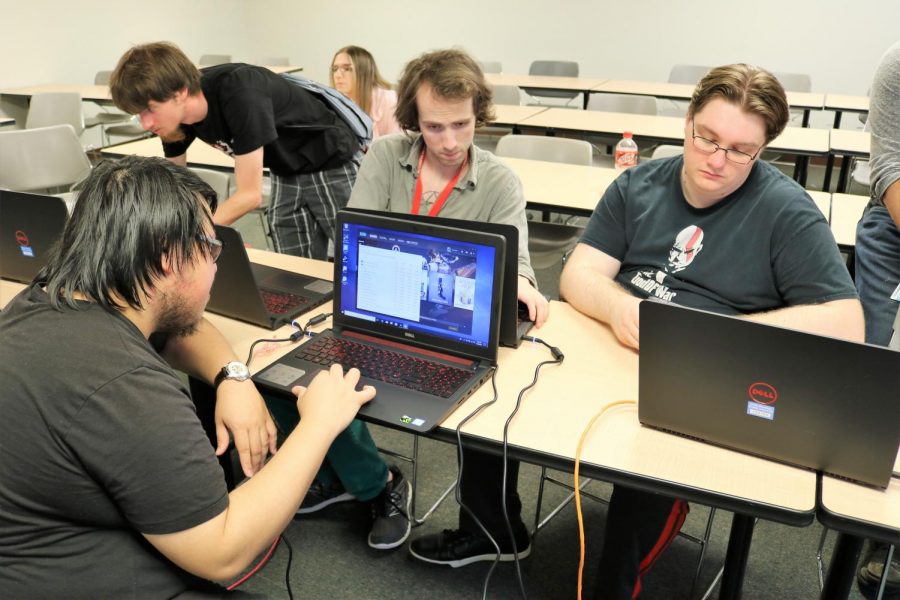 In a Campus Current poll, student athletes said they do not think eSports club members should be considered athletes.

None of the 20 athletes who participated in an informal Campus Current poll in October said they believe that competitive video games are sports or their players are athletes.

Esports involve established teams that play video games competitively for fun, rankings or money. They were made popular by Fortnite gamer Tyler Blevins, better known as “Ninja,” and have spread like a virus in the United States.

More than 100 colleges across the U.S. have added eSports teams to their athletics departments and consider the participants as student athletes. AACC’s Athletics Department plans to make eSports part of its program within the next two years.

“It shouldn’t be considered a sport and they’re not athletes,” said first-year engineering major Matt Kern, who plays small forward for Men’s Basketball.

“They don’t train like athletes do on a basketball, baseball … [or] really any sport that you can think of,” Kern said. “I don’t think these players can be considered athletes, no matter if it is competitive or not.”

First-year undecided student Cole Switzer, who plays defense for Men’s Soccer, said he doesn’t like the idea of calling these video gamers athletes.

“There is not enough physical activity happening for it to be considered a sport,” said Guzman. “Any truly athletic sport would help you live a healthy life. Video games are simply not healthy.”

Some of the athletes did, however, say that eSports are competitive.

“There is competitive nature,” said first-year nursing major Tara Gabrielsen, who plays right side hitter and defensive specialist for Volleyball. “Besides the competitiveness, there’s no physical aspect to it. If you can’t consider gaming a sport, then you can’t consider the participants as athletes.”

“I agree with the part that it’s considered a sport, because the people are doing something competitive,” said Adams, who plays midfield and defense for Men’s Soccer. “I don’t agree with the athletic part because you wouldn’t train the same way that any normal sport usually would.”

Still, first-year transfer studies student Will Belcher said, “I consider an athlete to be someone who exerts themselves physically on a playing field or court. These people simply aren’t doing that.”

Belcher plays center back and defensive midfield for Men’s Soccer.