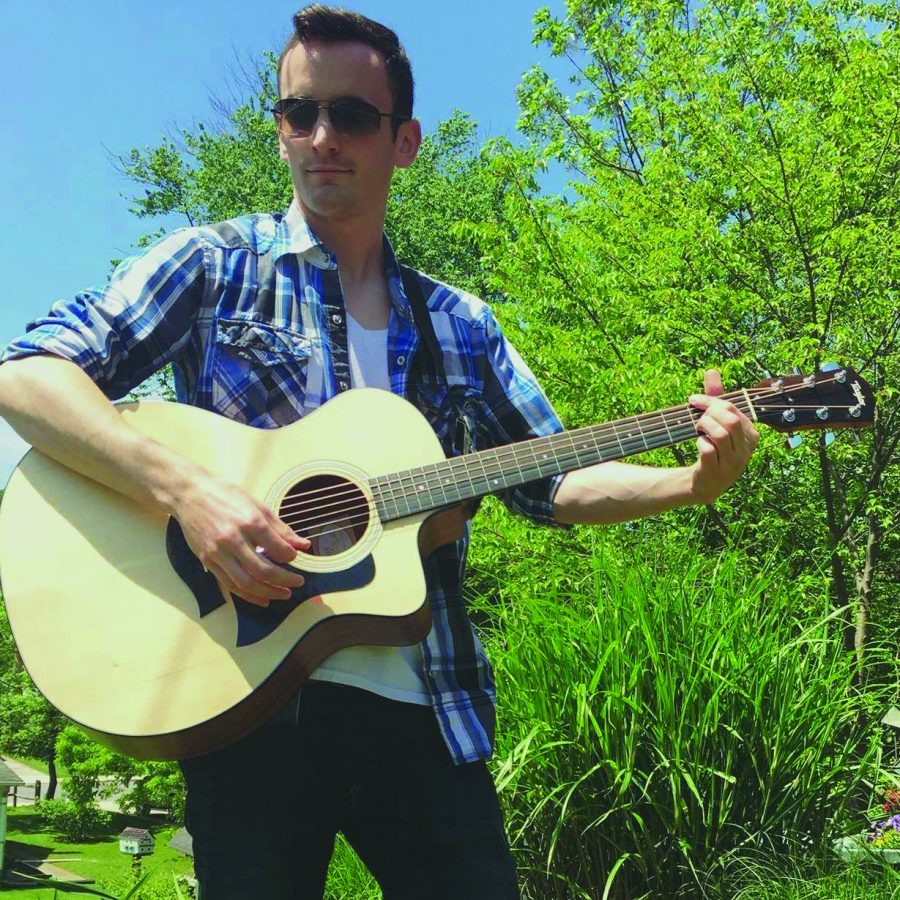 Second-year transfer studies student Giordano DeFilippo plays his guitar, which he says is the best gift he ever received.

AACC teachers and students said they prefer exchanging meaningful gifts during the holidays, as opposed to spending money on material things.

Some students on campus said they choose the presents they give to close family and friends with thought and care.

Second-year psychology student Justin “Oz” Osborne said he enjoys giving his friends tickets to events that they can attend together.

“I could go with another person and enjoy an event,” Osborne said. “[It] could be a concert, a rave, the movies or conventions.”

Likewise, Spanish professor Jodie Hogan said, “I prefer to receive gifts that would be something I can experience versus something that’s material.”

“I wanted to continue to give students the opportunity to serve. … I also really believe in giving back,” Hogan said.

This November, Hogan took four of her classes to the shelter to serve  taco dinners to the homeless.

Similarly, second-year transfer studies student Jenna Fitz said her favorite gift to give during the holidays is “company to the elderly.”

Giordano DeFilippo, a second-year transfer studies student, said he prefers the gift of music, even if the instruments he receives aren’t expensive.

“My first guitar that I received from my dad for Christmas when I was younger … that was probably the best gift I ever received,” DeFilippo said.

He said, more than the guitar itself, the experience of receiving something special from a loved one was most meaningful to him.

“It was just sitting down there. I remember it,” the second-year transfer studies student said. “[I was] walking down the steps [and] it was on the stand: this Epiphone Les Paul guitar [was] Cherry Sunburst [colored] with a line-6 amp next to it just for me to play with.”

Some students said they don’t mind the consumer mentality during the holidays, but want their gifts to feel more personalized.

“I like to give gifts that are funny or practical or heart-warming,” third-year transfer studies student Nerrie Navarro said.

Navarro said she likes to put a personal twist on traditional holiday gifts.

“One year I gave my sisters each a gold chain with their name on it,” she said.

Navarro added, “It’s really hard to find the perfect gift for some people. Some people I don’t know that well, and I want it to be personal.”

One way philosophy professor Kevin Murphy personalizes his gifts is by incorporating the recipient’s hobbies. He said he books cooking classes for his brother and sister in-law as a bonding activity the two can do together.

“They have their choice between the different classes they want to go to,” Murphy said. “They did a Thai class where they made these handmade eggrolls. They came by my house and gave me some of the leftovers afterwards.”