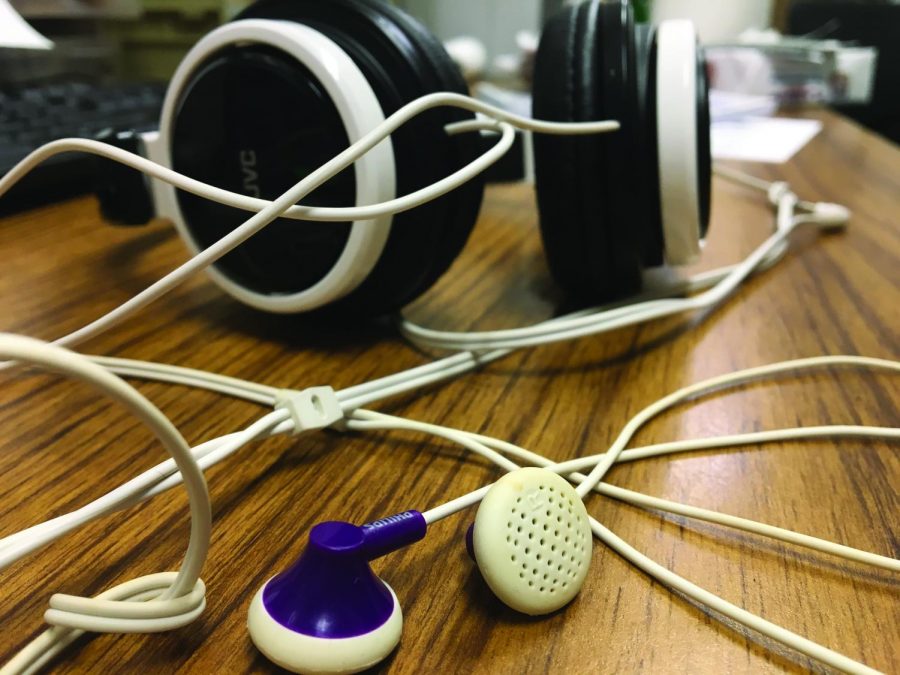 A shoplifter at the campus bookstore steals more than $1,000 worth of earbuds and headphones on two occasions in October.

A shoplifter at the AACC Bookstore attempted to steal more than $1,000 worth of merchandise in October.

According to the police report, on Oct. 29 at 3:22 p.m., 41-year-old Baltimore City resident James Hord entered the Bookstore with a duffle bag under his jacket and stole $721.51 worth of earbuds and headphones from the wall in the electronics aisle.

Hord passed the cashier’s area and left the store without paying and returned two days later, on Oct. 31 at 3:25 p.m., to repeat his crime, according to campus police.

A Bookstore employee saw Hord filling the duffle bag hidden in his jacket with headphones, according to the police report. The report said the employee asked Hord if he needed anything and he replied that he was waiting for somebody to show him the laptops.

After confronting Hord, the employee called the campus Department of Public Safety and Police before Hord fled the Bookstore and crossed the bridge to West Campus, police said.

He then threw the hat and jacket he was wearing into a trash can in CALT and hid his duffle bag full of merchandise under a nearby car in Parking Lot G, according to police.

Campus police, who caught Hord on camera, confronted and arrested him in Lot G shortly after.

The officers recovered the $419.83 worth of earbuds and headphones along with the duffle bag but have yet to find the $721 worth of merchandise Hord stole on Oct. 29, according to police.

AACC Bookstore Manager Chris Wirth said because of this incident, the shop has added security measures in order to prevent future shoplifting. For example, the store has installed locks on the headphone racks.

“That’s something that’s going to be in your permanent record. … Your life from that point can be greatly damaged, especially if you wind up in court and get a judgment against you,” Wirth said.

Wirth said shoplifters usually regret their crime as soon as they’re caught. “Most people, once they’re caught, that’s the first thing they say: ‘I knew I shouldn’t have done it. This is not me,’” Wirth added.