The Theatre at AACC's opening night of Hairspray had knock out performances from the lead actors. 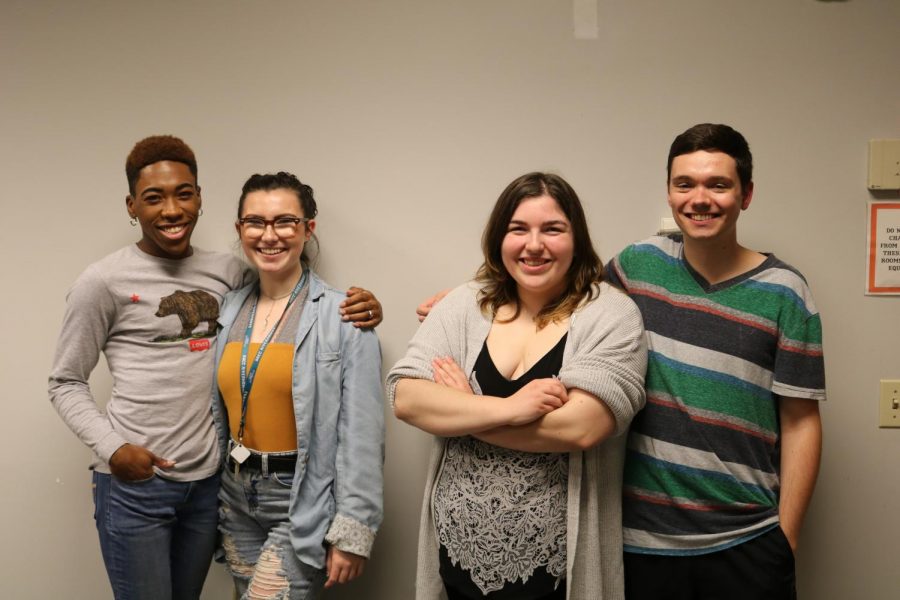 The lead actors in Hairspray perform with strong vocals and keep up with fast-paced dancing.

The Theatre at AACC debuted the award-winning Broadway musical ‘Hairspray’ in the Robert E. Kauffman Theater this November.

The show, directed by adjunct instructor AnnMarie T. Saunders, opened to faculty, students and community members on Nov. 9 at 8 p.m.

AACC’s rendition of ‘Hairspray’ is entertaining, with excellent singing performances and humorous dialogue. Plus, added original jokes that fit well for the audience.

Starring as leading lady Tracy Turnblad, Annie Gorenflo wraps the audience up in the exciting world of 1960’s Baltimore, with the hit song “Good Morning Baltimore.”

Gorenflo brings an energy and passion to stage that unites her fellow performers and inspires the audience with optimism.

Tracy’s parents, Wilbur and Edna, played by Alec Moyes and Jonas Pallaro-Sonneborn, left the audience in stitches all evening, and both actors carried the theatergoers through a hilarious routine of song and dance.

Pallaro-Sonneborn did not disappoint while singing “Mama, I’m a Big Girl Now.”

Hayes’s performance of “I Know Where I’ve Been,” about overcoming racial injustice, was a stand-out moment in the show, her powerful voice summoned an uproar from the audience when she was done singing.

As always, the choreography by Lynda Fitzgerald was on point.

The production was possible thanks to Musical Director TJ Lukacsina and Vocal Director Carolyn Golrick Bressler.