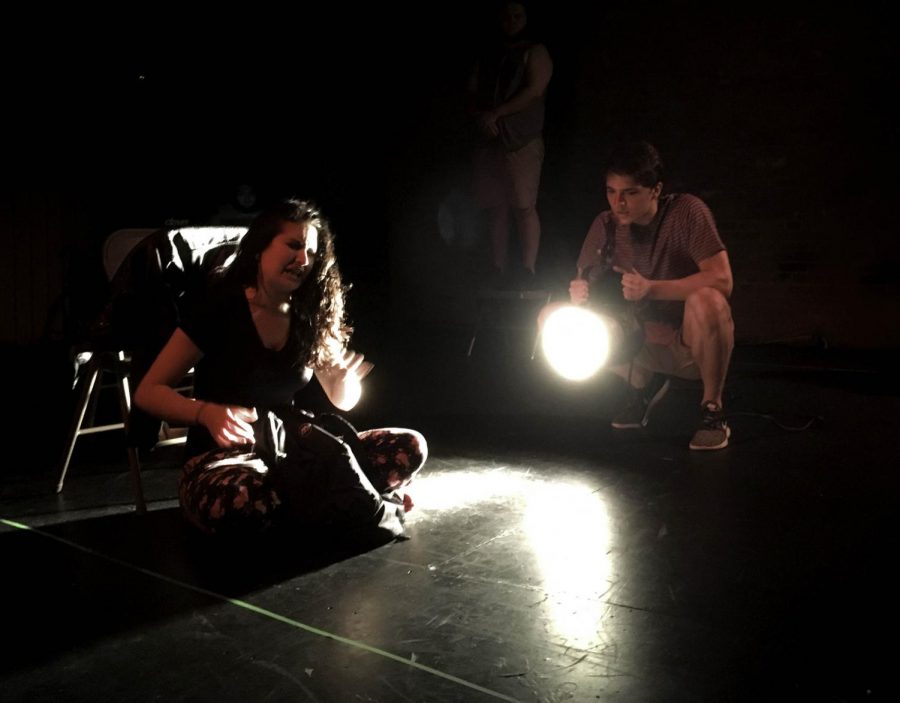 The 2018 Capital Fringe Festival at Arena Stage in Washington featured a 75-minute play in July by an AACC creative writing student.

“I just felt like I wanted to do something that was personal to me and my friends, that was meaningful, that I could put myself into,” Pallaro-Sonneborn said.

“Dragon Hunting Support Group” took the audience through the stories of five young adults who met at a suicide support group. Four of them had lost friends to suicide. The fifth was a suicide hotline counselor who had talked to each of the lost friends in their last moments.

Dr. Garrett Brown, an associate professor of English, was on the panel that selected Pallaro-Sonneborn’s play for consideration by Capital Fringe.

“I loved the way that Jonas had a number of different stories that were going on at once and the way that he thought about stagecraft,” Brown said of the play. Pallaro-Sonneborn’s set consisted of five chairs and relied heavily on the use of sound and lighting to indicate scene change.

Capital Fringe is a non-profit arts organization in Washington whose goal is to expand theater-goers’ taste for independent and fringe art. “Dragon Hunting Support Group” is the first play from AACC that Capital Fringe has accepted.

“It is our debut production … at Capital Fringe so there were a lot of growing pains along the way,” said Sean Urbantke, assistant professor of theater in AACC’s Performing Arts Department and the play’s producer. “We tried to set something up last year but we ended up producing it at the college … so this was a new experience of actually bringing it to Fringe.”

Corey Hennessey, an adjunct faculty member in the Performing Arts Department and the play’s director, complimented Pallaro-Sonneborn’s knowledge and passion for the play’s subject matter. “He really [proved] that he knew a lot and wasn’t just speaking without having done the research behind it … and so getting to use his passion and his expertise to try to make it something more was really worthwhile,” Hennessy said. “It is heavy, but it is worth it.”