Softball will upgrade to Division II next spring 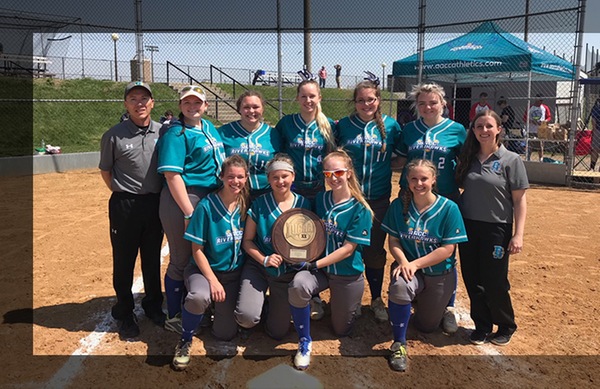 The move comes in part as a response to the National Junior College Athletic Association’s plans to categorize colleges by division in 2022, instead of letting schools choose each sport’s division separately.

“I think it’s great because this program is competitive with other [Division II] teams,” Logan Endley-Abbott, a Softball utility player and second-year physical therapy student, said in a text to Campus Current.

Athletics Director Duane Herr said the department has been considering moving Softball up to Division II “for quite some time,” to bring it alongside Baseball, which has been Division II since spring 2013.

“While Baseball and Softball aren’t … the same sport, certainly we do want to have alignment,” Herr said.

Herr said the change to Softball will act as a pilot for deciding whether to move more teams up to Division II. The department plans to evaluate how offering Softball scholarships affects recruiting and to see how the team plays when seeded as a Division II team.

“I think based on our resources, our support, our competitiveness, we are a Division II institution,” Herr said. “[But] there’s some behind-the-scenes work that’s being done … that we’re monitoring very closely so that we don’t get ahead of ourselves.”

Some of that work, Herr said, includes securing money for scholarships long-term.

Historically, scholarship eligibility across sports at AACC has depended on various factors—including a student athlete’s financial need, GPA, chosen sport and what program a student is studying—because the donors could choose the qualifications. Division III sports do not offer scholarships.

But Herr said this spring the school created a scholarship fund for its Division II programs with money it can award to athletes who meet NJCAA requirements.

The department is also considering moving other teams up to Division II before the NJCAA’s 2022 change, according to Herr, but has not made any final decisions.