Increased attention to issue has its downside 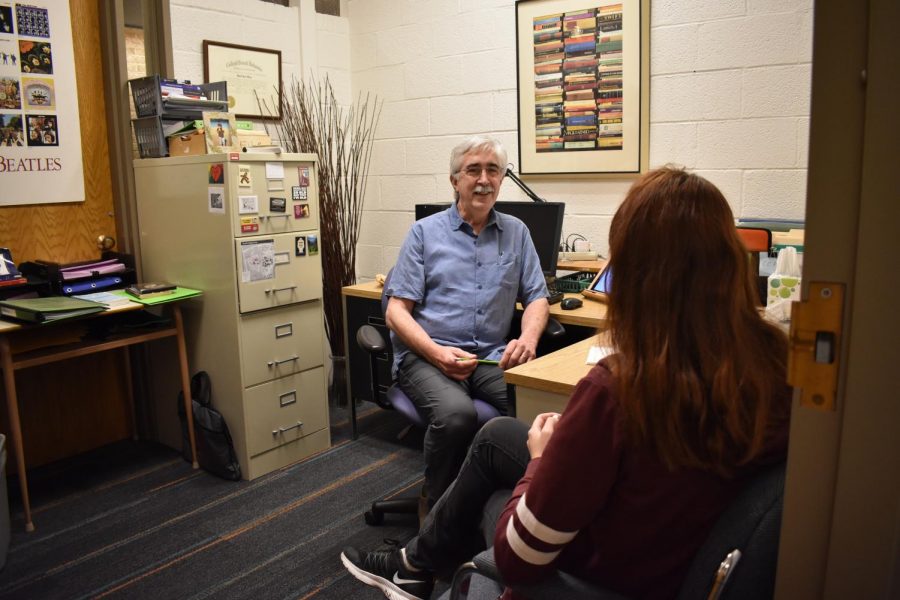 English professor Dave Meng says his policy is to keep his door open during student conferences.

The national attention to sexual harassment may have created unintended negative consequences for the working relationships between students and faculty.

Some professors said they must take extra precautions to avoid any appearance of inappropriate behavior with their students.

“You don’t want to put a student in a situation where they feel uncomfortable,” English professor Dave Meng said. “It’s for the students’ comfort that I think it’s best to have the door open.”

Karen Cook, dean of the School of Business and Law and AACC’s federal compliance officer, said campus administration encourages faculty to use their best judgment when interacting with their students one on one.

Some professors ask another faculty member to be present while they meet with students.

“It hard for faculty because they want to be open and inviting to students, and welcoming,” Cook said. “I think everyone uses their best judgment.”

Meng explained that professors have competing concerns when deciding whether to keep the door open while talking to a student: privacy versus comfort.

“I think it makes sense [to keep the door open] because they don’t want anyone to assume or try to say that the professor did something,” second-year psychology student Melissa Anderson said. “But I think that it’s just a little crazy because they shouldn’t have to do that.”

AACC students are also changing the way they communicate with each other as attention to sexual harassment heightens.

“There is concern that you might get accused of something that you’re not really trying to do,” first-year physics student Anthony Krieger said. “I mean it’s unfair for men, but of course women always have to be conscious of it. It is a distinct possibility for women, so it’s not always easy. It puts everyone in a tough spot.”

Anderson said men are more hesitant to compliment women because some take their comments the wrong way. They think some guys can come across as creepy, she said. She added that while it is less common among men, sexual harassment is still a problem for them, too.

Krieger said complimenting a fellow student depends on that classmate’s comfort level and the relationship the speaker has with the person.

“If I’m doing a project or something with a female classmate, I’ll try to keep it professional,” Krieger said. “I always act like I’m working, not just trying to flirt or something.”

In a Campus Current poll of 338 students, 90 percent responded that the national attention to sexual harassment is a positive thing.

“I would say the unintended consequences are probably significantly smaller than the impact of raising awareness,” Dan Baum, executive director of public relations and marketing, said.

“[Sexual harassment] kinda makes us oppressed because it’s not our fault that guys can be like that just because of a way a woman dresses or something like that,” Anderson said.