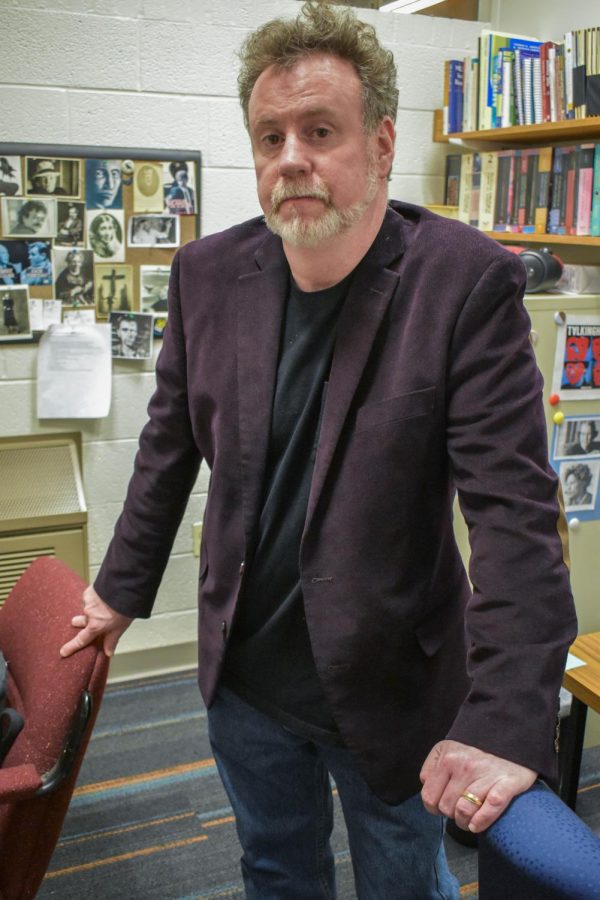 AACC students can learn about President Donald Trump’s relationship with the media, horror in popular literature and fake news by taking special topics classes next fall.

One special topics class that students can take for the first time next fall is called “American Nightmares.”

English professor Brian Riley, who will teach the course, said it will focus on analyzing popular best-selling horror fiction novels that highlight a darker side of American life, such as “Psycho,” “Silence of The Lambs” and “The Exorcist.”

“The literature covered in the course is very well known, and a lot of them have become movies,” Riley said. “Why are these such iconic or touchstone works, and what does that say about our culture?”

Riley said he had the idea for the class because in his more traditional English classes, Gothic literature, by authors like Edgar Allen Poe, is usually the most popular among students.

“It seemed like there was a real interest, and a lot of students read horror fiction and want to talk about it,” he said.

Riley, like any professor who wishes to teach a special topics class, has to get approval from his department and from the faculty-run Educational Policies and Curriculum committee.

Another special topics course, called “The Works of John Milton: Rebellion, Revolution and Regicide,” focuses on how the author’s hatred of tyranny is relevant to the public today, according to English professor Timothy May, who is teaching the course for the last time this semester.

Although they aren’t special topics classes, some ongoing classes are based on relevancy as well.

A communications class, “Current Events in Global Context,” is already on the books as a regular class, but the topic changes every time it is taught.

According to journalism professor Sharon O’Malley, who will teach the course this fall, the topic is going to be “presidents and the press.”

O’Malley said the course will deal with the relationship between the White House and the media—today and throughout history.

“In the fall, we will be in an election cycle and the mid-term elections are going to reflect on the popularity of the president,” said O’Malley.

According to O’Malley, the course will also focus on how the leaders of other countries interact with the media.

O’Malley said the course also will touch on fake news, a topic covered in a special topics class, “Calling Out Bullshit.” That class covers how to spot falsehoods and misrepresentation in advertising, medicine, news and politics.

Philosophy professor David Tengwall will run that class for the second time next fall.