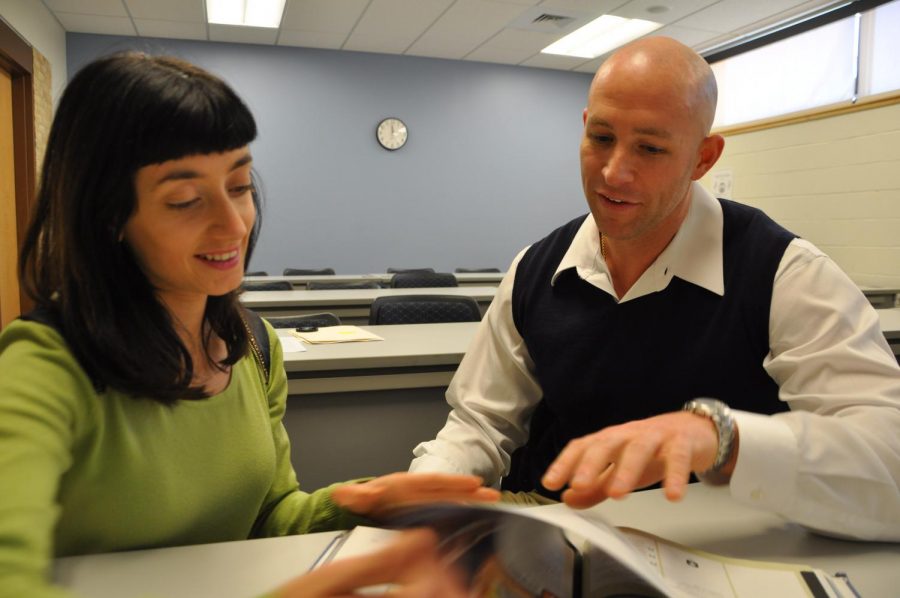 Volunteers on campus can prepare and file taxes for students and community members on campus in just one hour.

Anyone with an income of less than $54,000 per tax year can go to the Careers Center, Room 326, to have student and faculty volunteers prepare, review and electronically file both federal and state taxes.

Professor Robert Beatty, a certified public accountant who files the taxes and oversees the service, said typically a quarter of the people who use the service each year are AACC students, faculty or staff, and the rest are community members.

He said he expects the college will file approximately 200 tax returns for people using the service this year.

“Theoretically, you could live in California and come here to get your taxes done,” Beatty said. “We market it toward this college and this county, but we have had people from Baltimore city come.”

People who work from home or are undergoing an IRS audit cannot use the service, according to the IRS.

If people own their own businesses, they must be sole proprietors or able to file a Schedule C tax form to use the service, according to Beatty.

Beatty said the service, part of the IRS’s Volunteer Income Tax Assistance program, does not deal with partnership or corporation returns and cannot file returns with business use of home expenses.

The volunteers help people by appointment only.

“The goal of our program is to get people in, have their returns prepared, reviewed and e-filed within an hour [to] an hour and 15 minutes the same day,” Beatty said.

According to Beatty, the service is offered on Thursday and Saturday. Two additional certified public accountants, who also are faculty members, assist Beatty, so each return gets a two-part review.

“Registered accountants oversee every return, so there is less likeliness for errors,” Barnes said. “We are trained by the IRS and sign a contract stating that we will file your taxes as truthfully as possible based on the information you give us.”

The free service will run until April 7, even though tax season doesn’t officially end until April 17, because “we don’t want people coming in last minute without the documentation they need, and we don’t want to get to the point where we are running around with our heads cut off trying to get things done,” said Beatty.

Although Beatty said the volunteers discourage it, they are able to file extensions for taxpayers who want more time to do their taxes.