Stuff a bear with love for Valentine’s Day 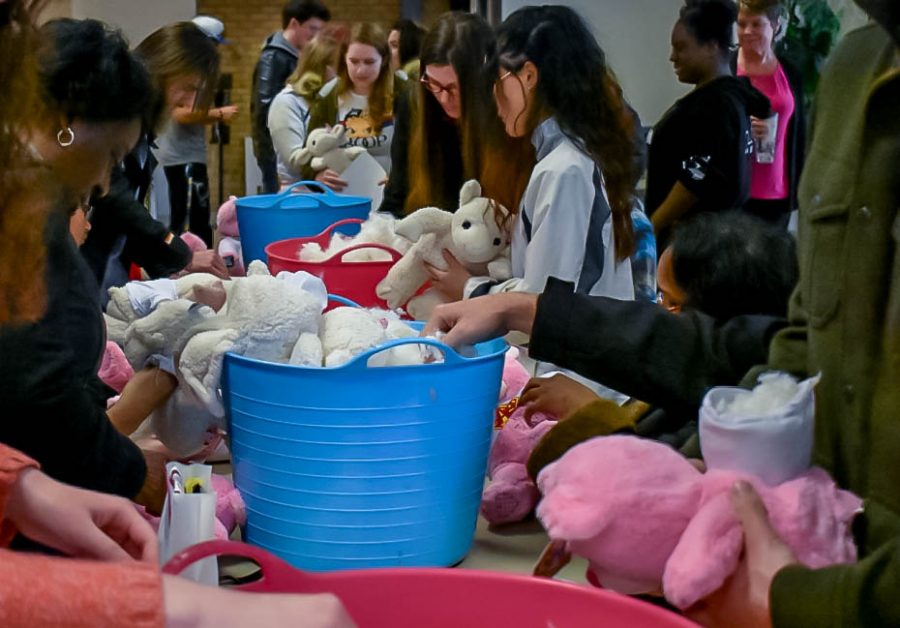 The Campus Activities Board hosts Stuff-a-bear, letting students stuff their own bears for Valentine's Day. Photo by Mary Kane

The Campus Activities Board—a student club that organizes many events on campus—brought unstuffed teddy bears and lambs to the SUN Dining Hall with buckets of plush stuffing.

“This is unexpected bear stuffing is making my day,” Hannah Kuhnert, a second semester graphic design student said while waiting in line to stuff a toy. “It brought such a smile to my face. … It’s worth being late to class.”

Lavell Rollins, a freshman business management major, said he was making a bear for his 13-year-old daughter.

“She will love this,” Rollins said. “It’s personal, and I love personal [gifts].”

The bears and supplies were from Teddy Mountain, an international build-your-own bear franchise. Cynthia Murphy, the president of CAB and a second-year transfer studies student, said she learned about Teddy Mountain at a conference for campus activities clubs.

Bennie Davis, a freshman web development major, said he was making a bear for his girlfriend.

“I wish I could keep it,” Davis said.